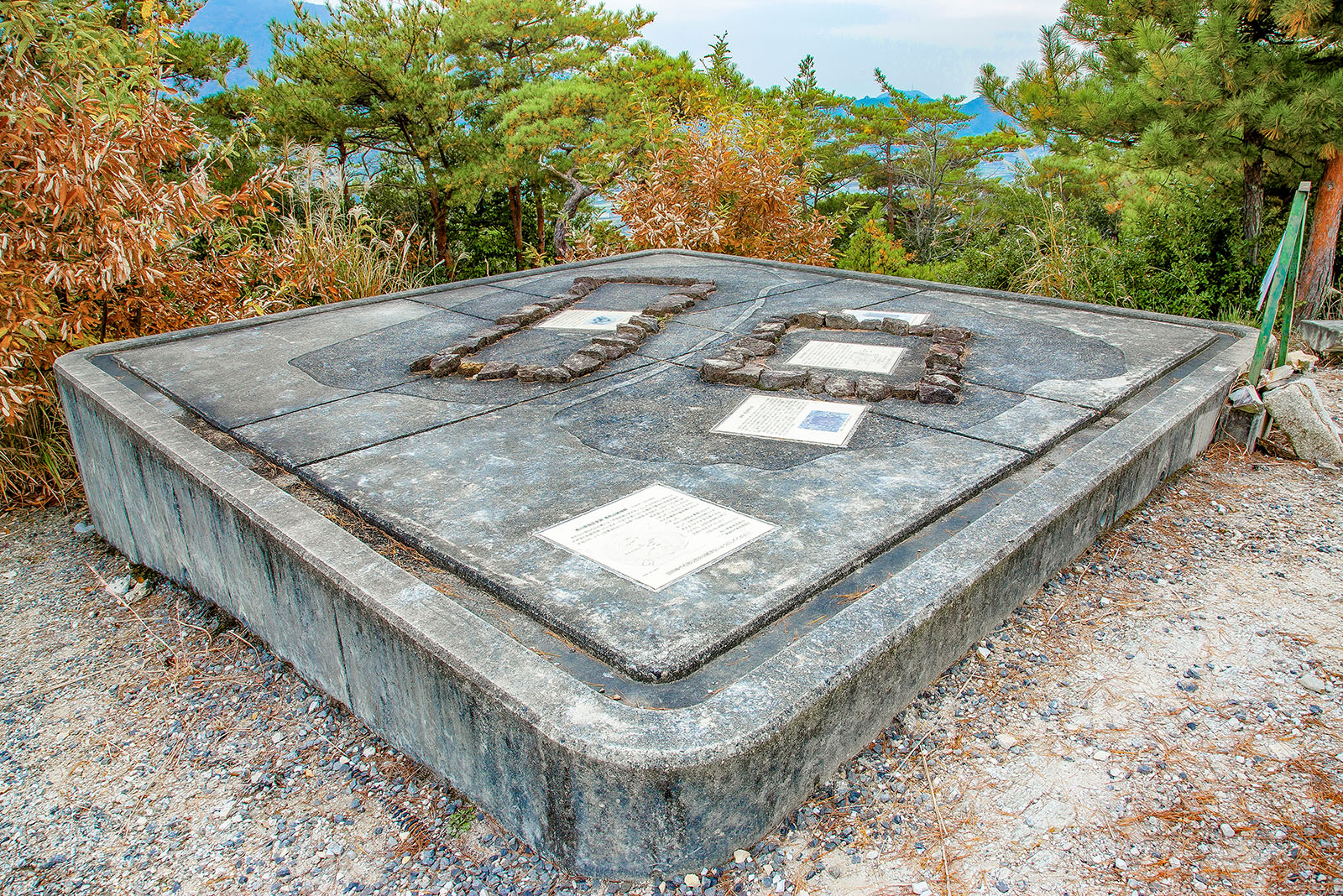 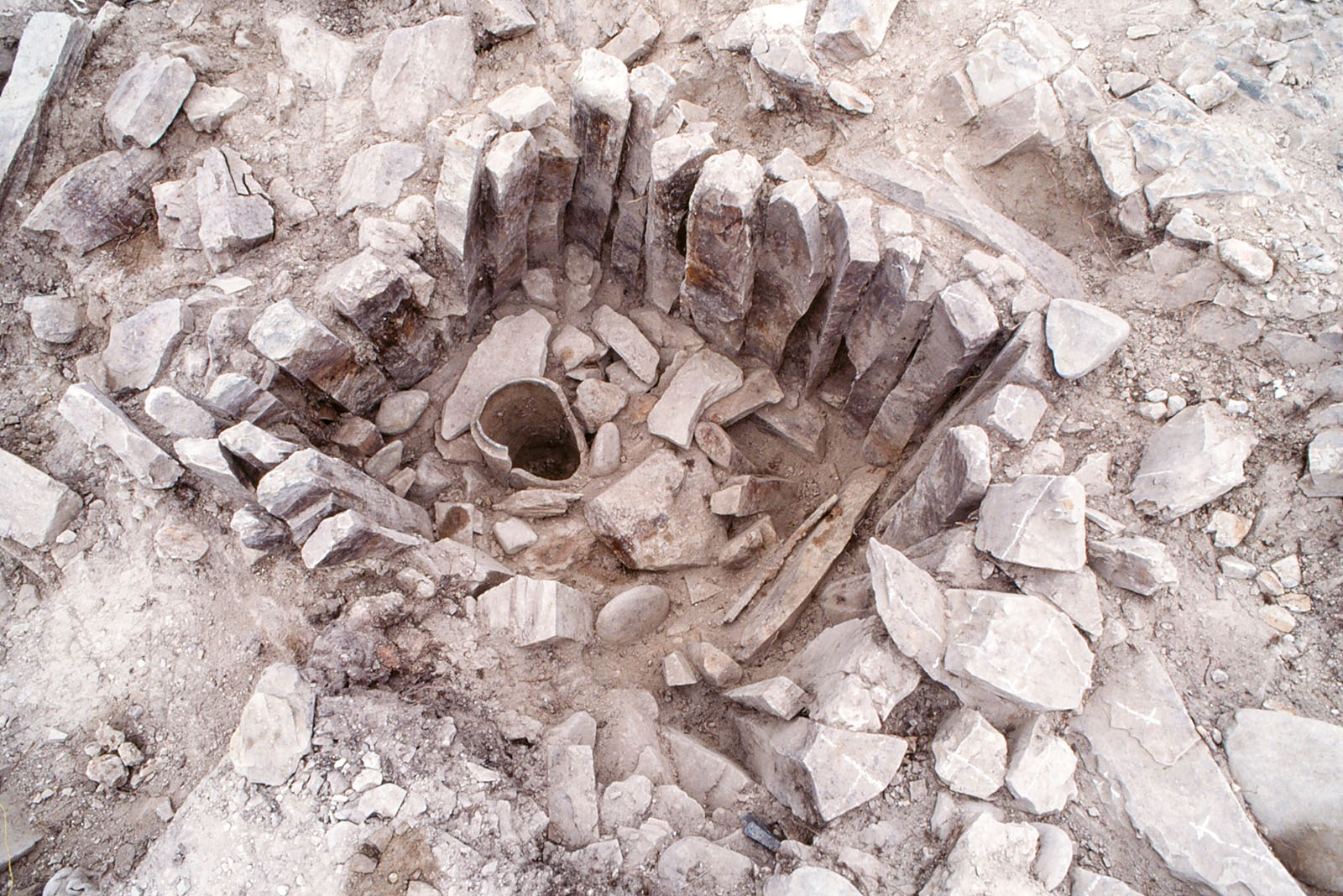 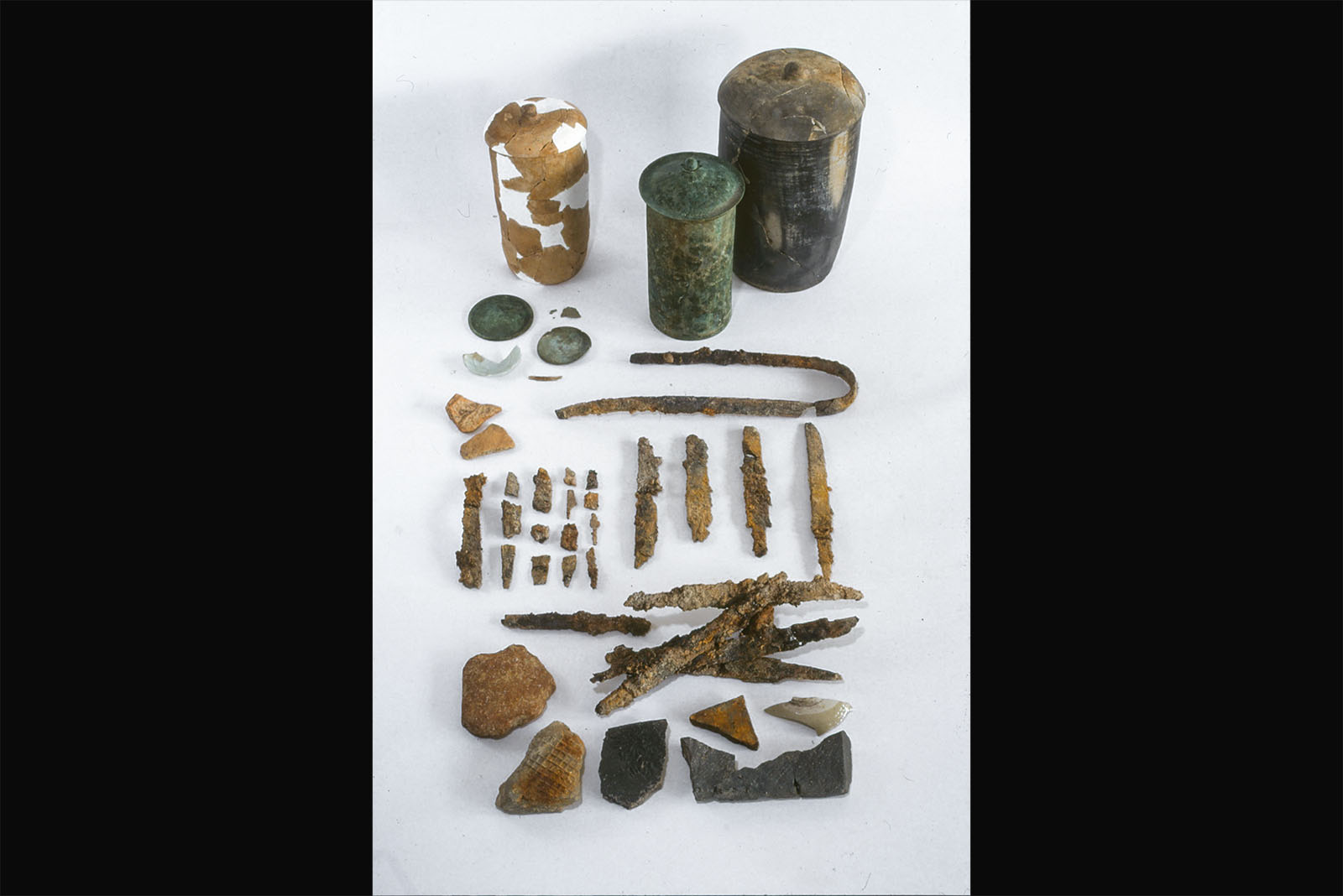 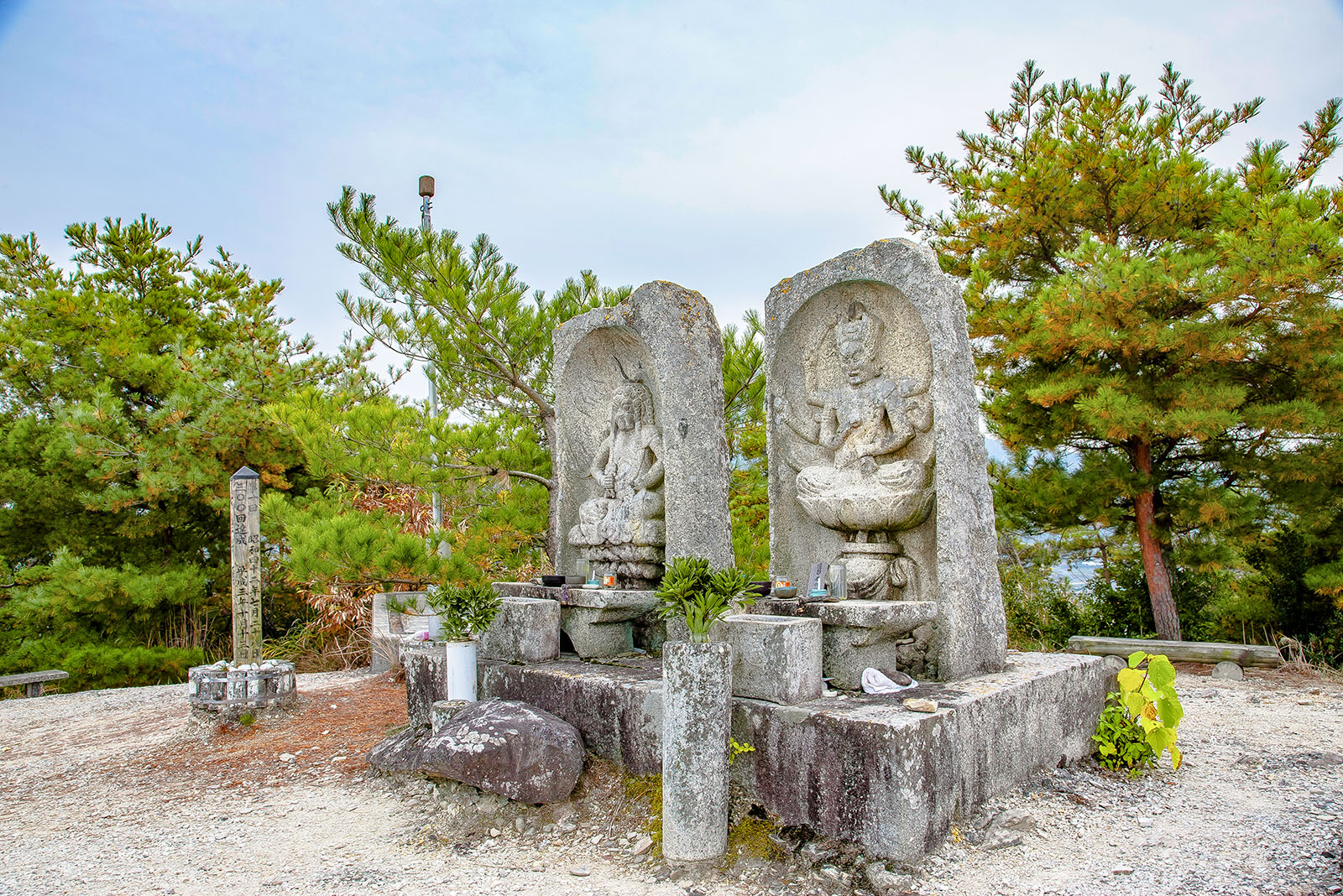 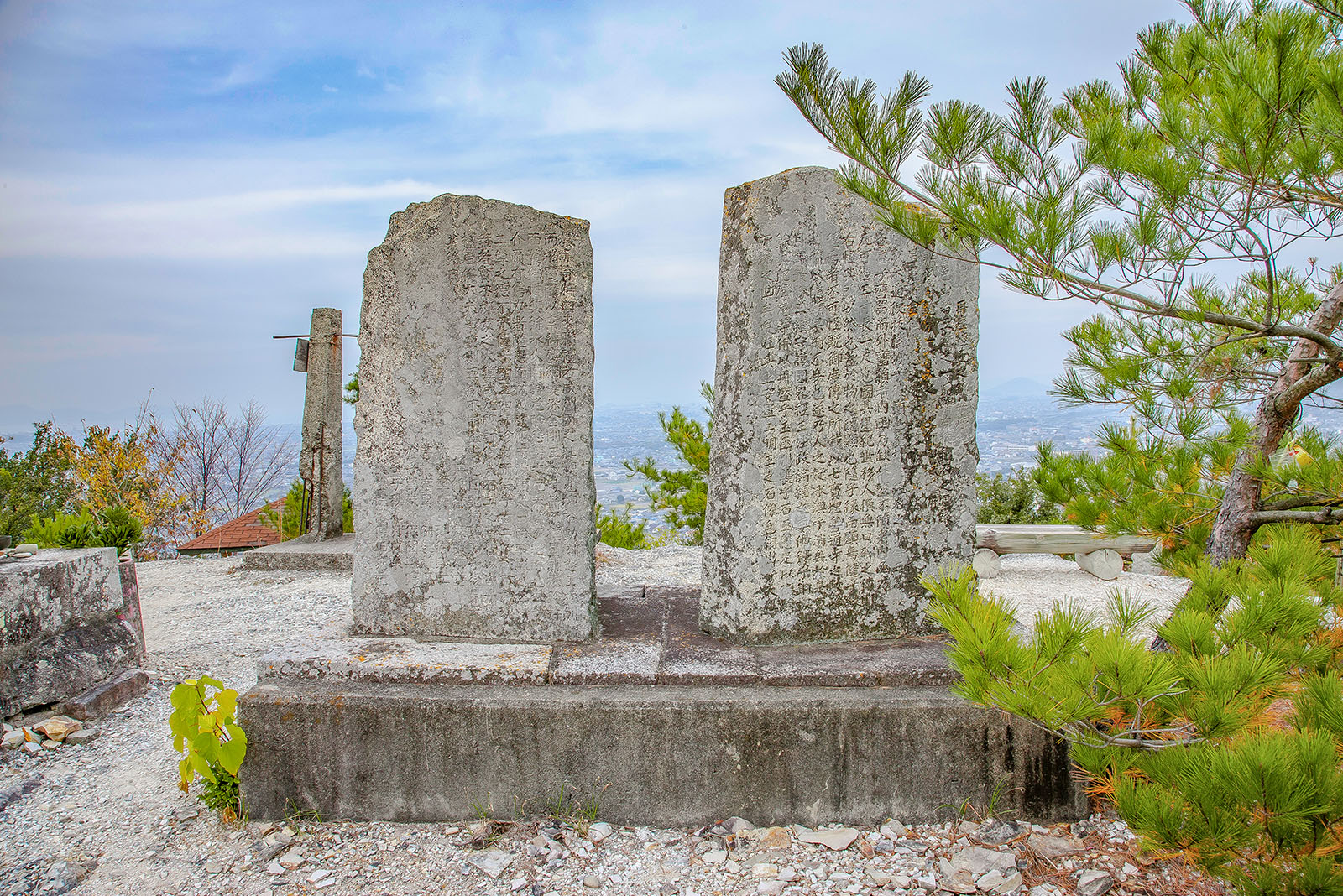 These are the Mt. Koshiki sutra mounds, which are a designated cultural property of Kagawa Prefecture. "Sutra mounds" refer to burial mounds in which scriptures have been buried. By copying scriptures and burying them, it is said that one could obtain merit, and such mounds were erected in great numbers by members of the nobility during the late Heian period. In 1996, such items as copper sutra cases, which are thought to date back to the late Heian period were excavated from these sutra mounds. It is believed that these burial mounds are the work of the Saeki clan, from which Kobo Daishi (Kukai) descended, or that of the monks of Zentsu-ji. Currently, these unearthed relics, which have been designated as designated cultural properties of Zentsuji City, have been placed on loan and can be found on display at the Zentsuji City Kyodokan. Additionally, stone statues of Fudo Myo-o and Ragaraja can be found next to the sutra mounds, and on their rear surface, one can find inscriptions indicating the events leading to the discovery of the sutra mounds in 1792 during the Edo period, as well as their subsequent re-burial.