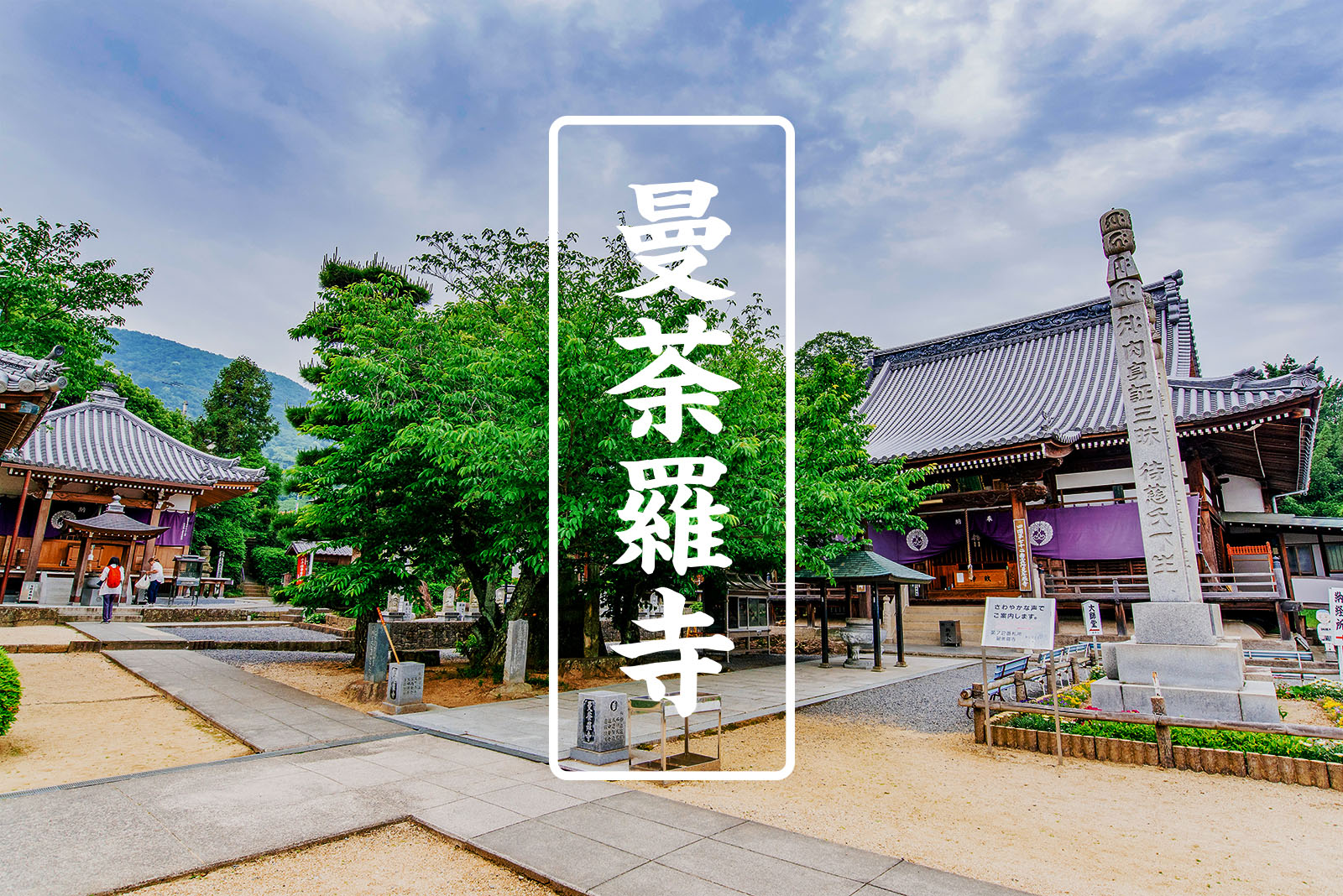 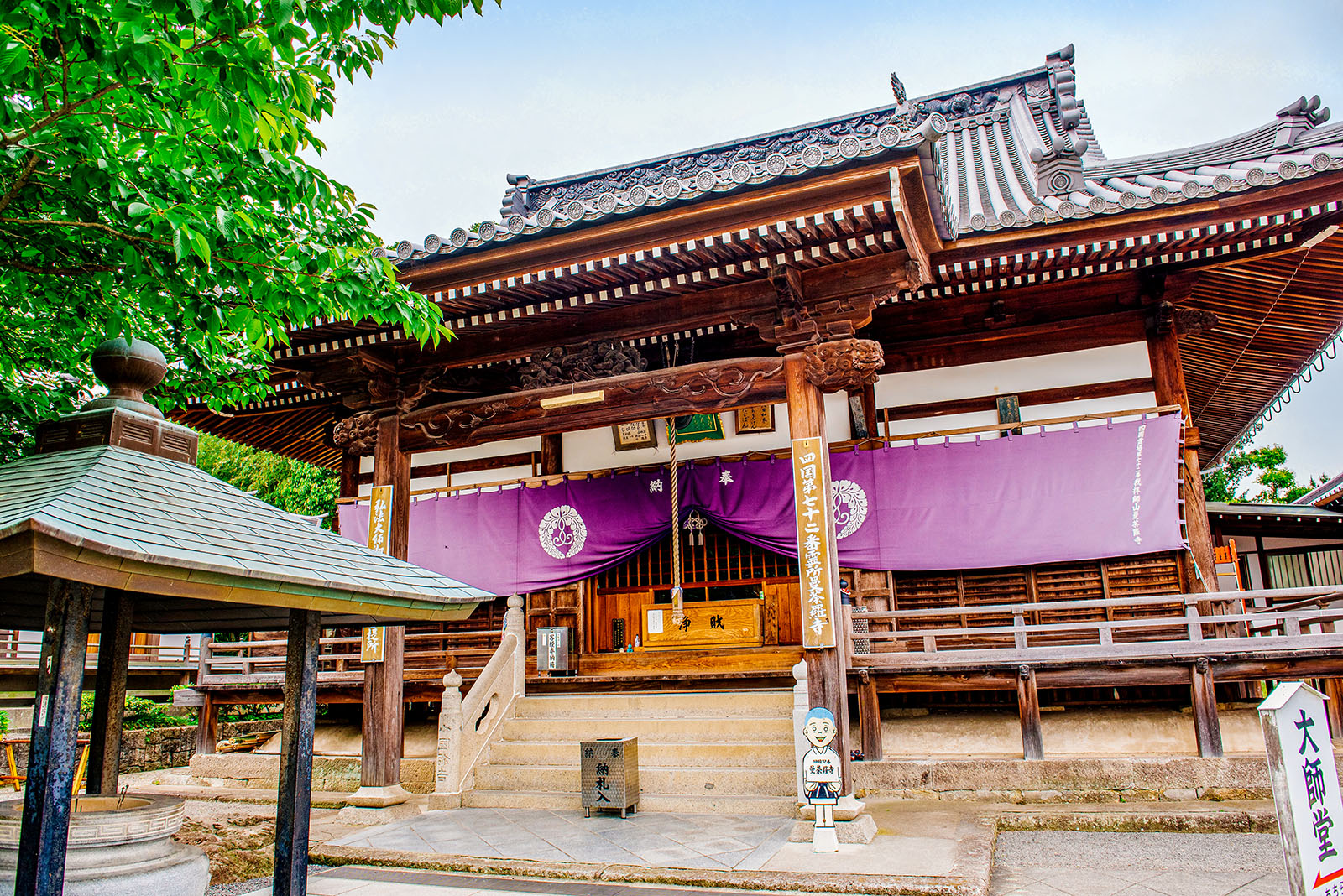 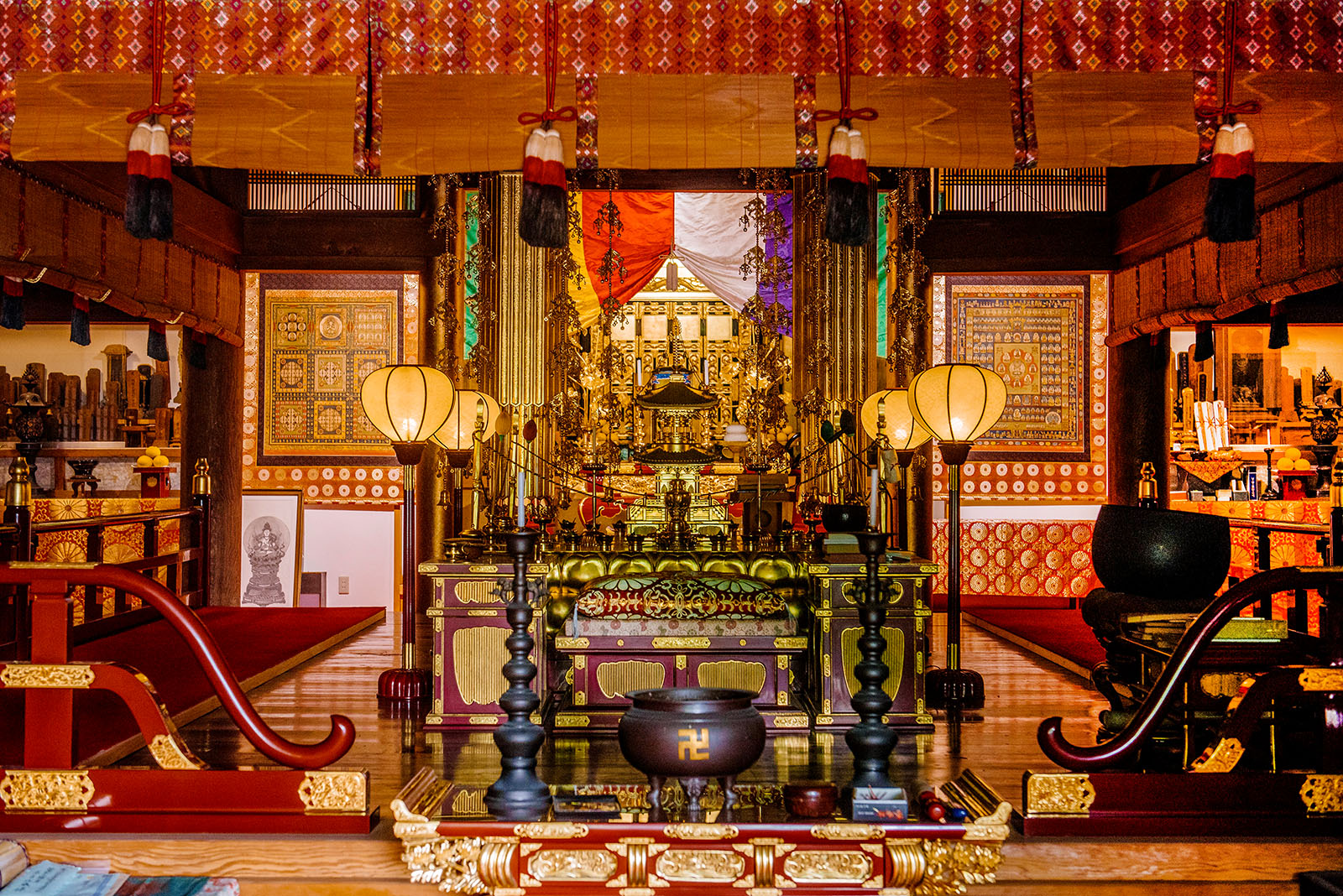 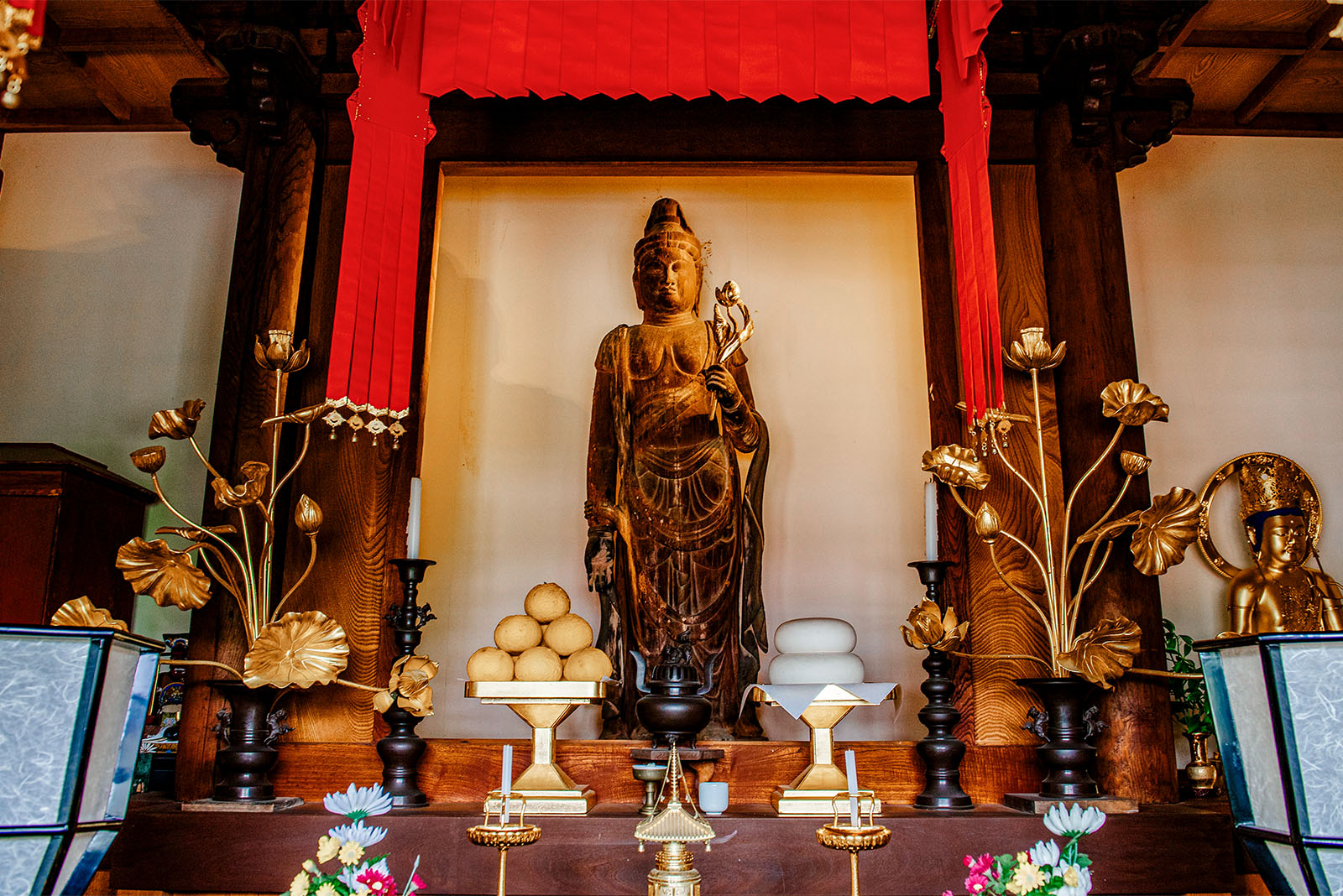 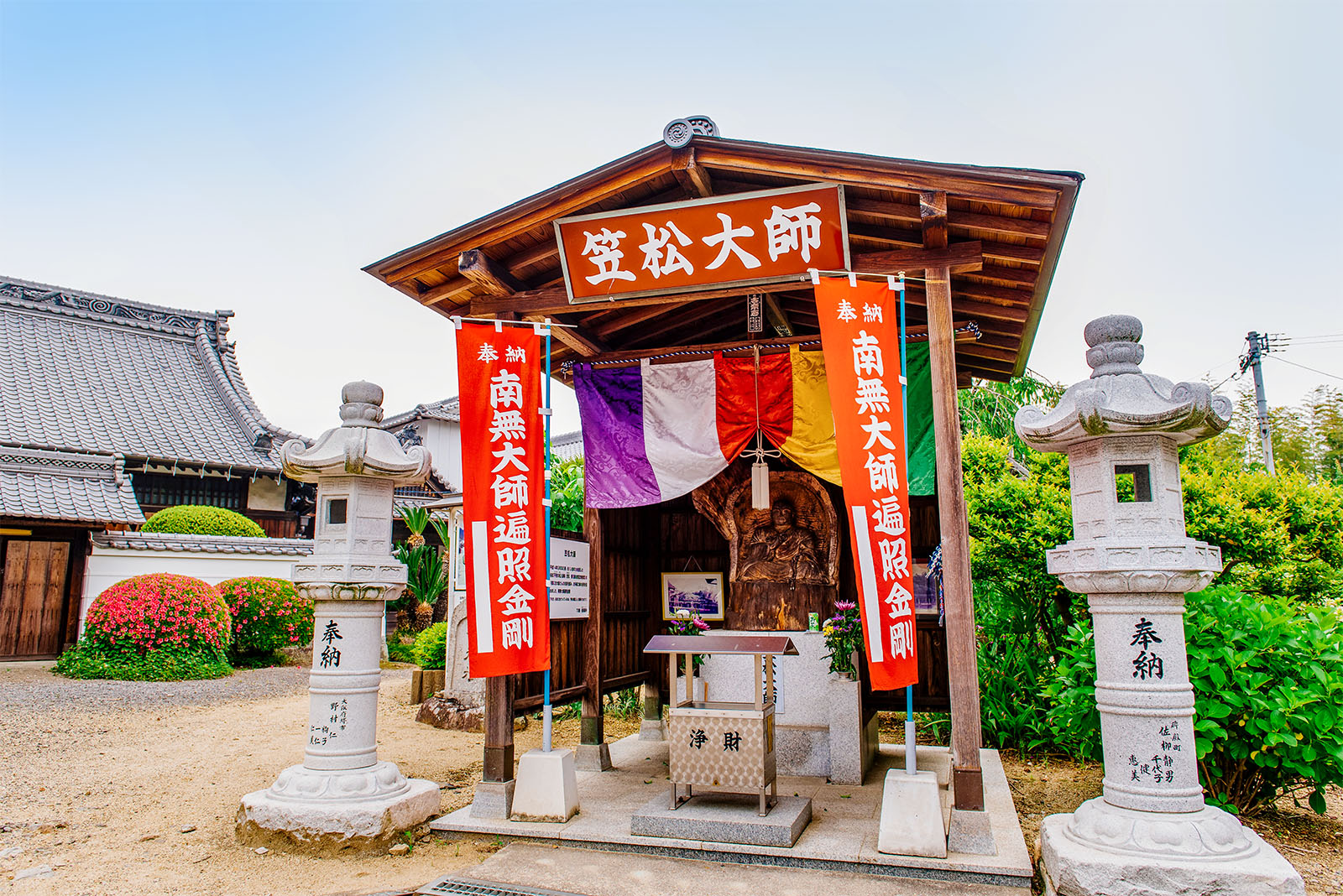 It is presumed that the temple was founded in 596 (Suiko 4), making it the oldest among the Shikoku Sacred Places. In the beginning, it was founded as the Saeki Clan’s temple and used to be called Sesaka-ji Temple. Having come back from Tang China, Kobo Daishi built Zentsu-ji Temple for his father Saeki Yoshimichi, followed by the foundation of another family temple, which is said to be this temple, for his mother Tamayori Gozen. The Mahavairocana (it is currently rarely shown to the public) was enshrined as the Honzon (the principal object of worship at a temple), and a mandala brought back from Tang China was also enshrined. The temple was then renamed Mandara-ji Temple. The temple became dilapidated, but was later saved and repaired by a monk travelling circa 1062 (Kohei 5); however, the fire in the war at the end of the Muromachi period caused it to become dilapidated again. Most parts of the existing structure were rebuilt in 1886. The temple, which is number 72 on the Shikoku Henro Pilgrimage to 88 Sacred Places, has the main hall, Daishido Hall, Gomado Hall for Burning Cedar Sticks and Kannondo Averokitesvara Hall in a site of more than 4,950㎡. The statue of Averokitesvara enshrined in the Kannondo Averokitesvara Hall is said to be made by Gyoki, the monk; it is a designated tangible cultural property of Kagawa prefecture. The pine tree of eternal youth which was said to have been planted by Kobo Daishi was cut down in 2002 due to erosion caused by pine weevils. It was more than 1,200 years old. Although its height was just under 4 meters, its diameter was between 17 and 18 meters, and it had a characteristic figure like two upside down sedge hats.