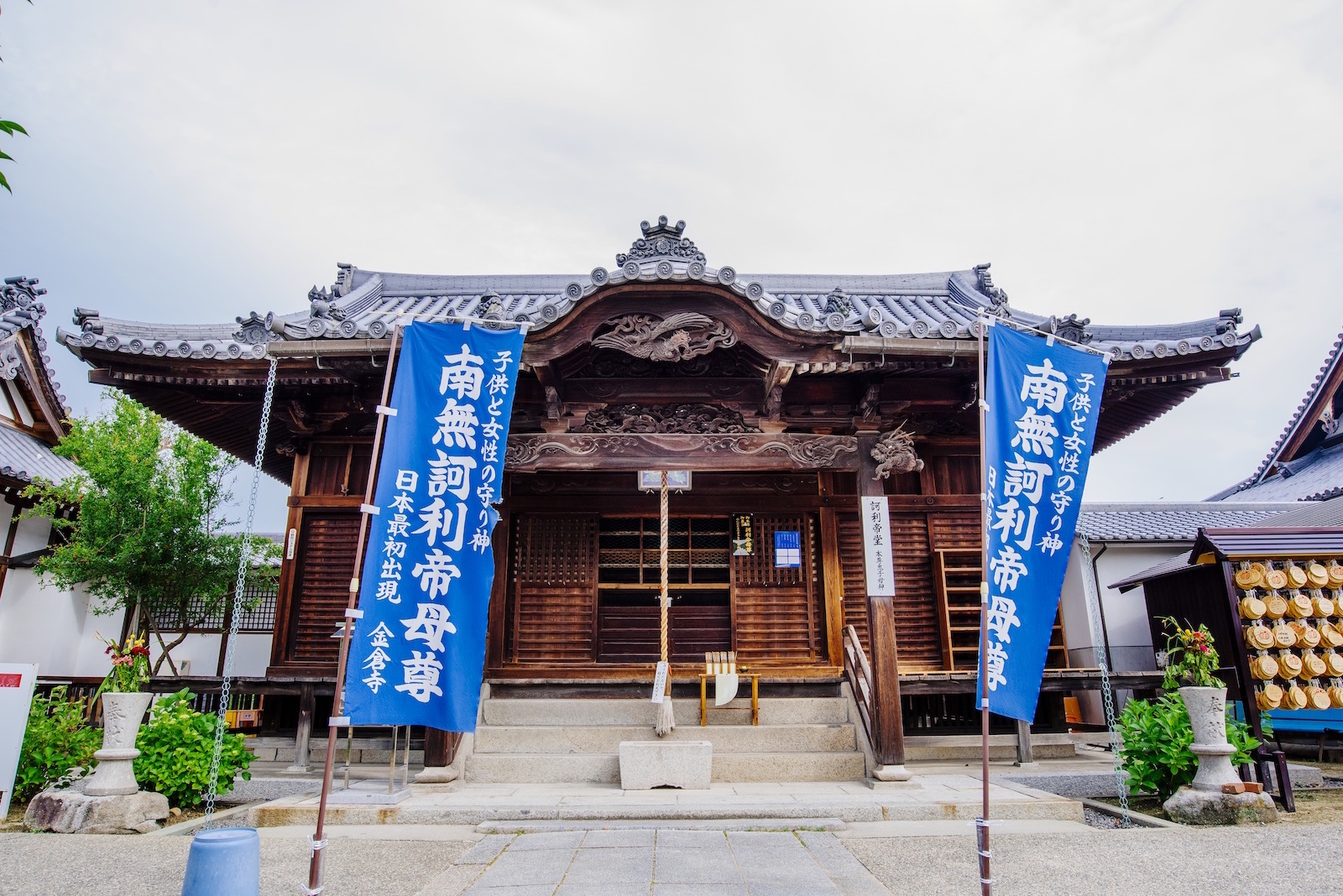 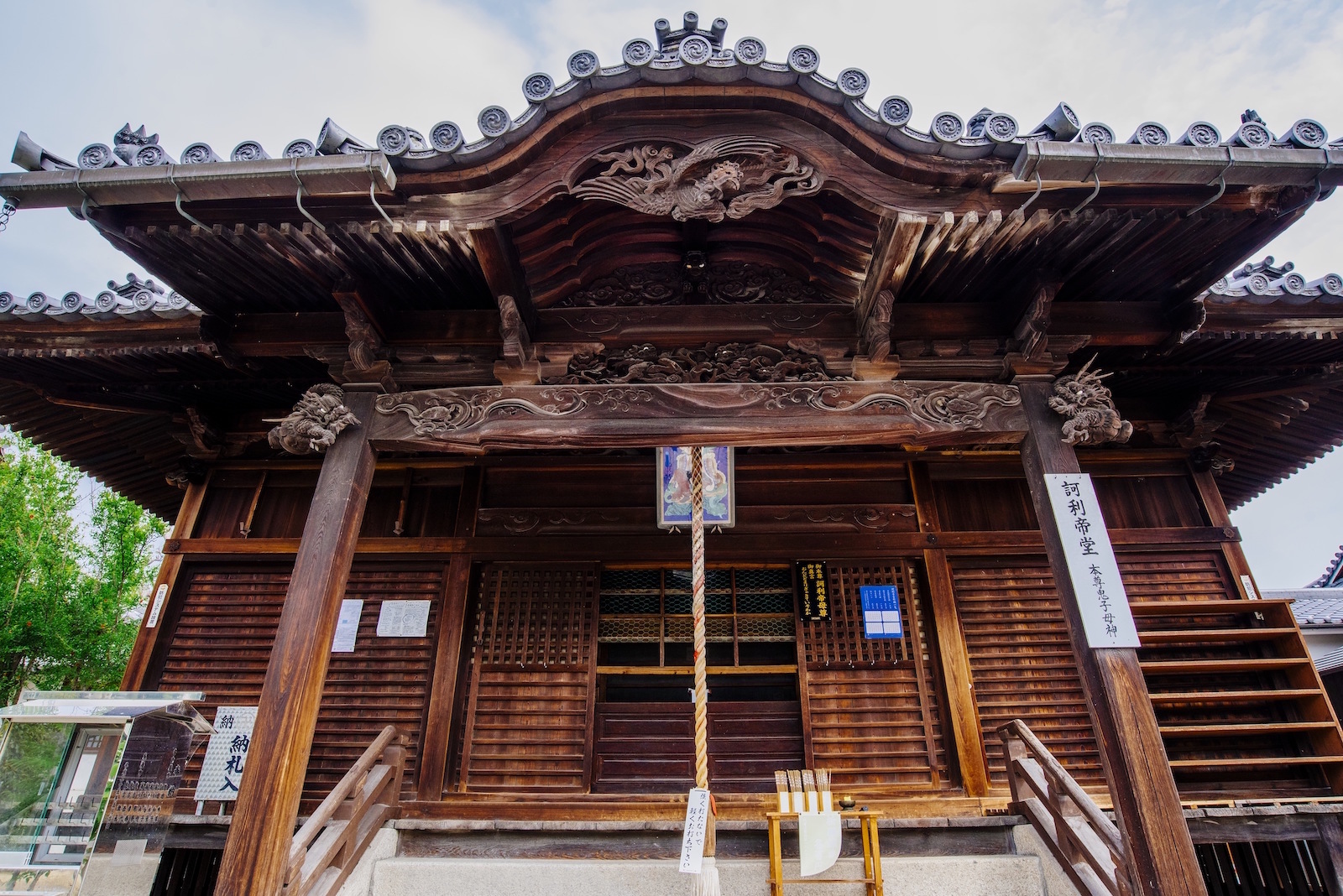 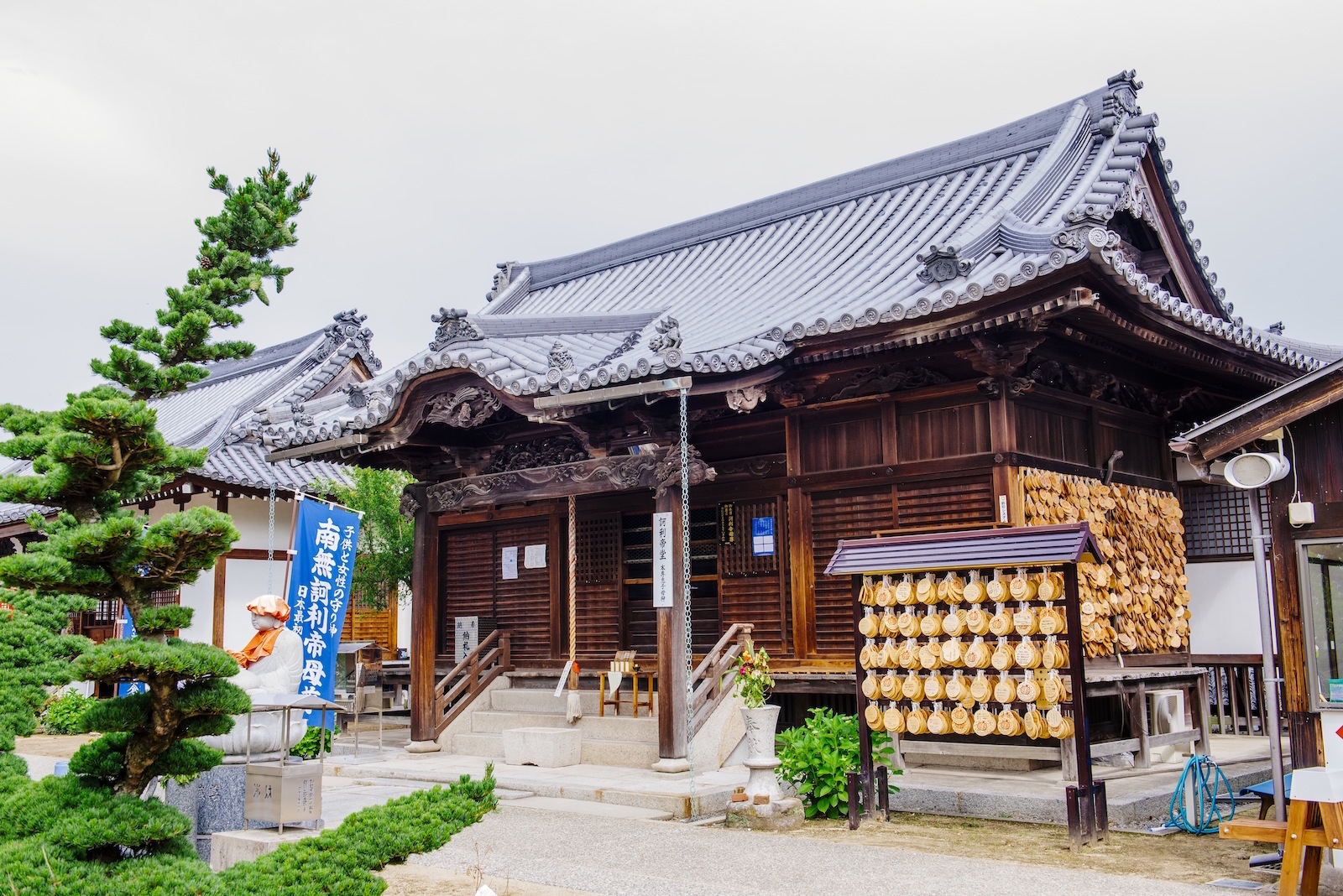 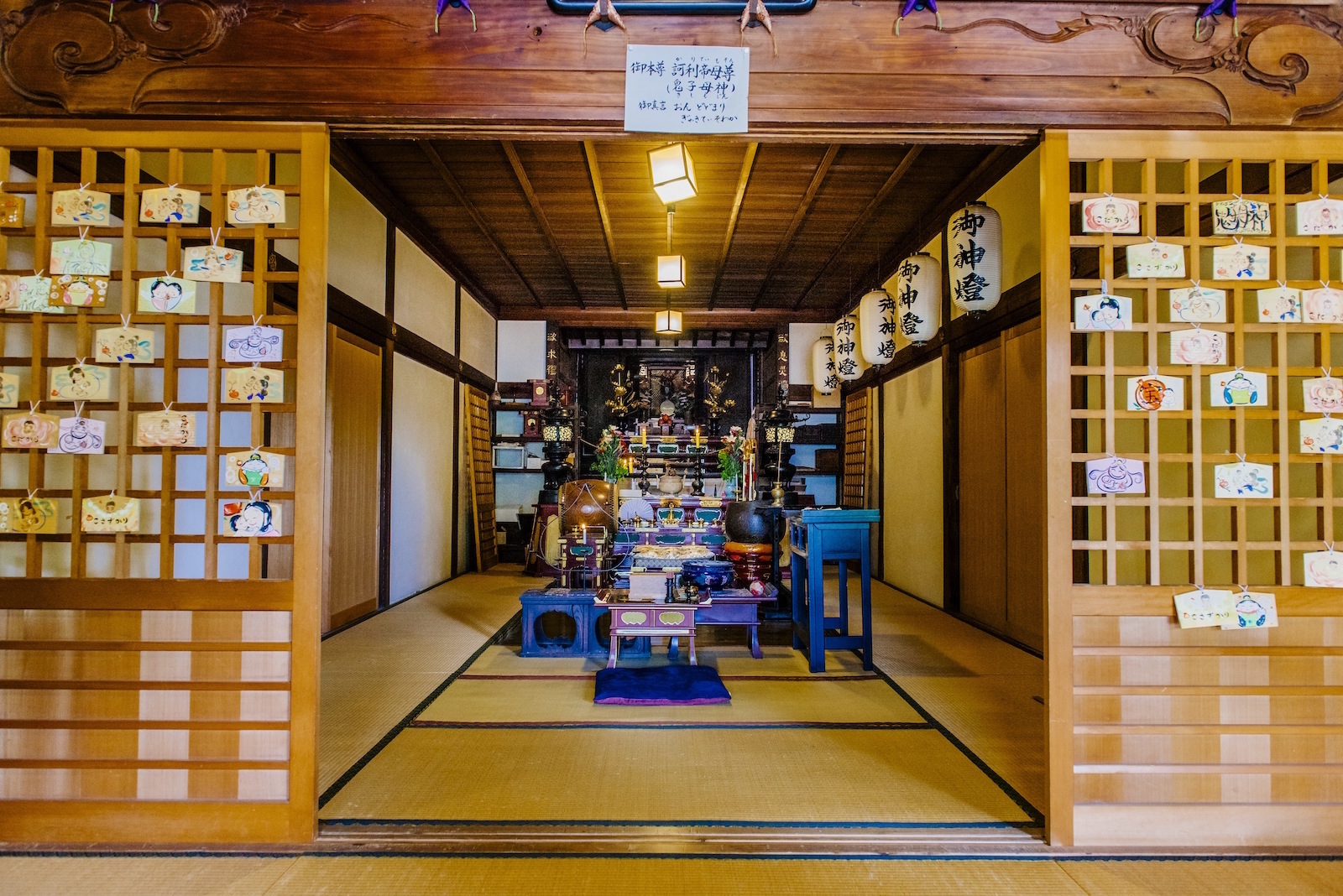 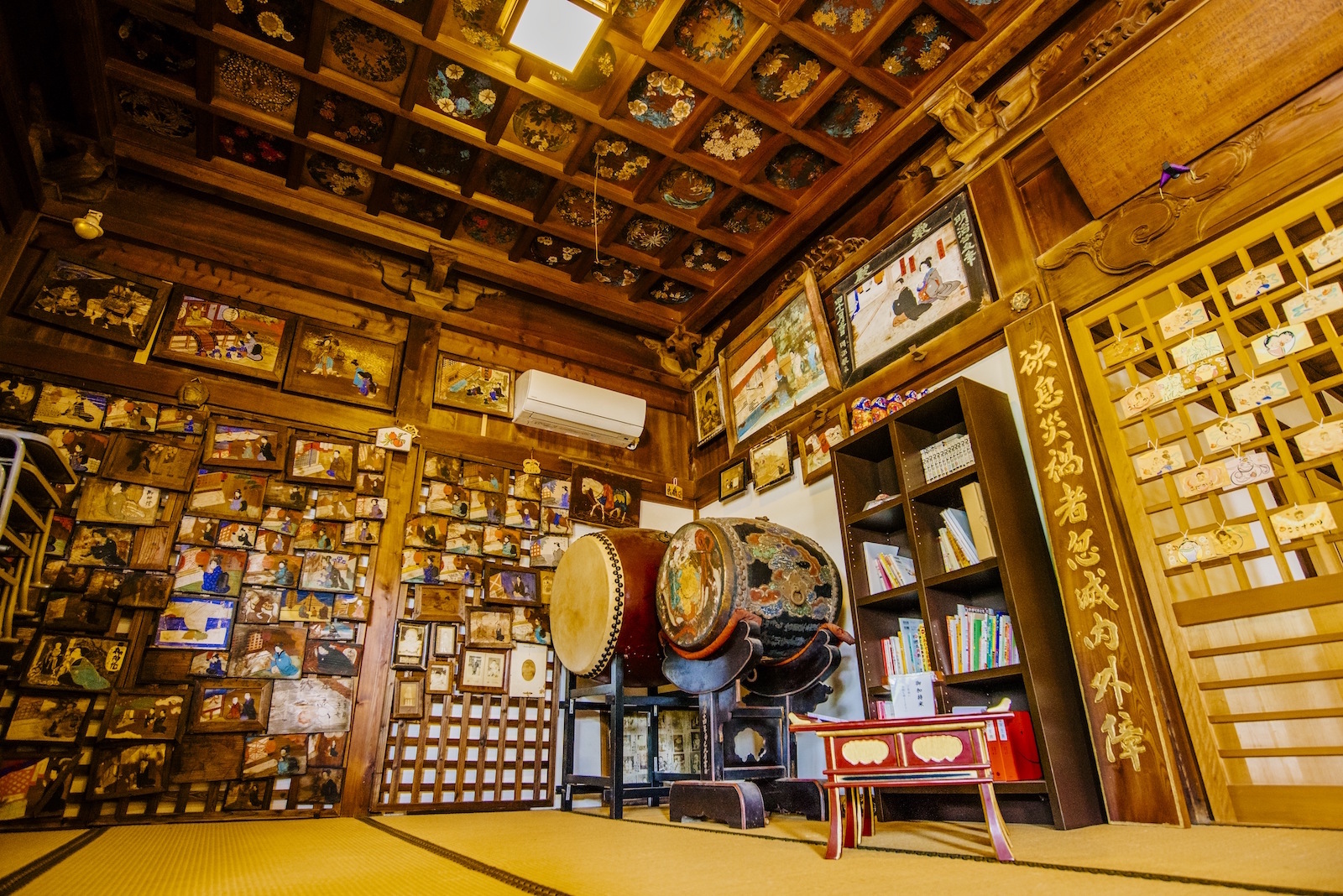 In 818 (Konin 9), Hariti (Hārītī) suddenly appeared in front of Chisho Daishi, who was still five years old, and promised to protect his Buddhism ascetic practices. This event explains why the Hariti of Konzou-ji Temple is called the first Hariti that appeared in Japan. Later, Chisho Daishi, who came back from his study abroad in Tang China, made a statue of the Hariti, and the Hariti Hall was built. The existing building was donated by the mother of the Matsudaira clan, the lord of Takamatsu domain, as to express her gratitude that she could get pregnant and for the safe delivery of her child. The front shrine was built by Matsuda Shunjun, the 12th chief priest of Konzou-ji Temple in 1881. It is a structure made by the late Shiwaku carpenters and features wavy engraving.