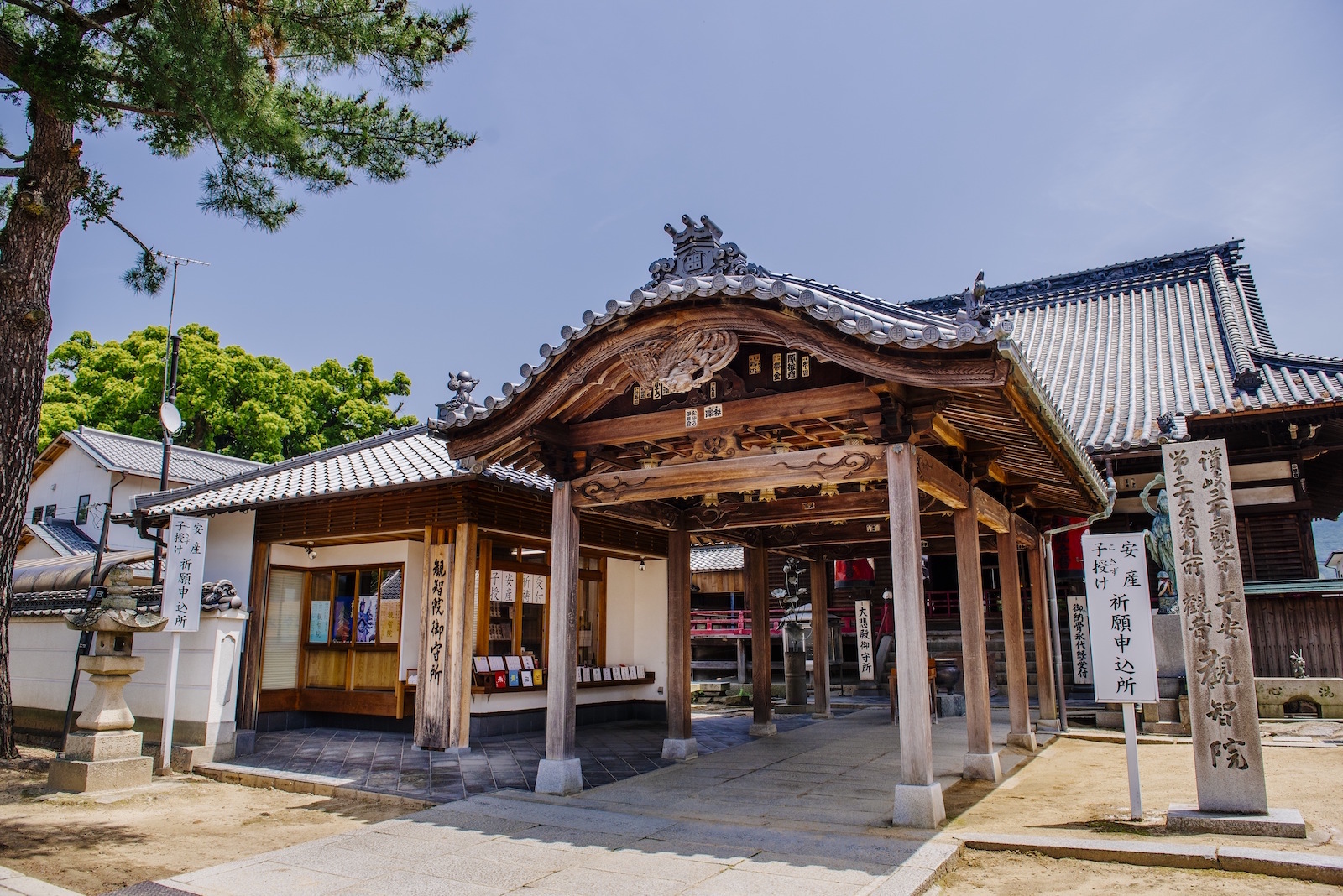 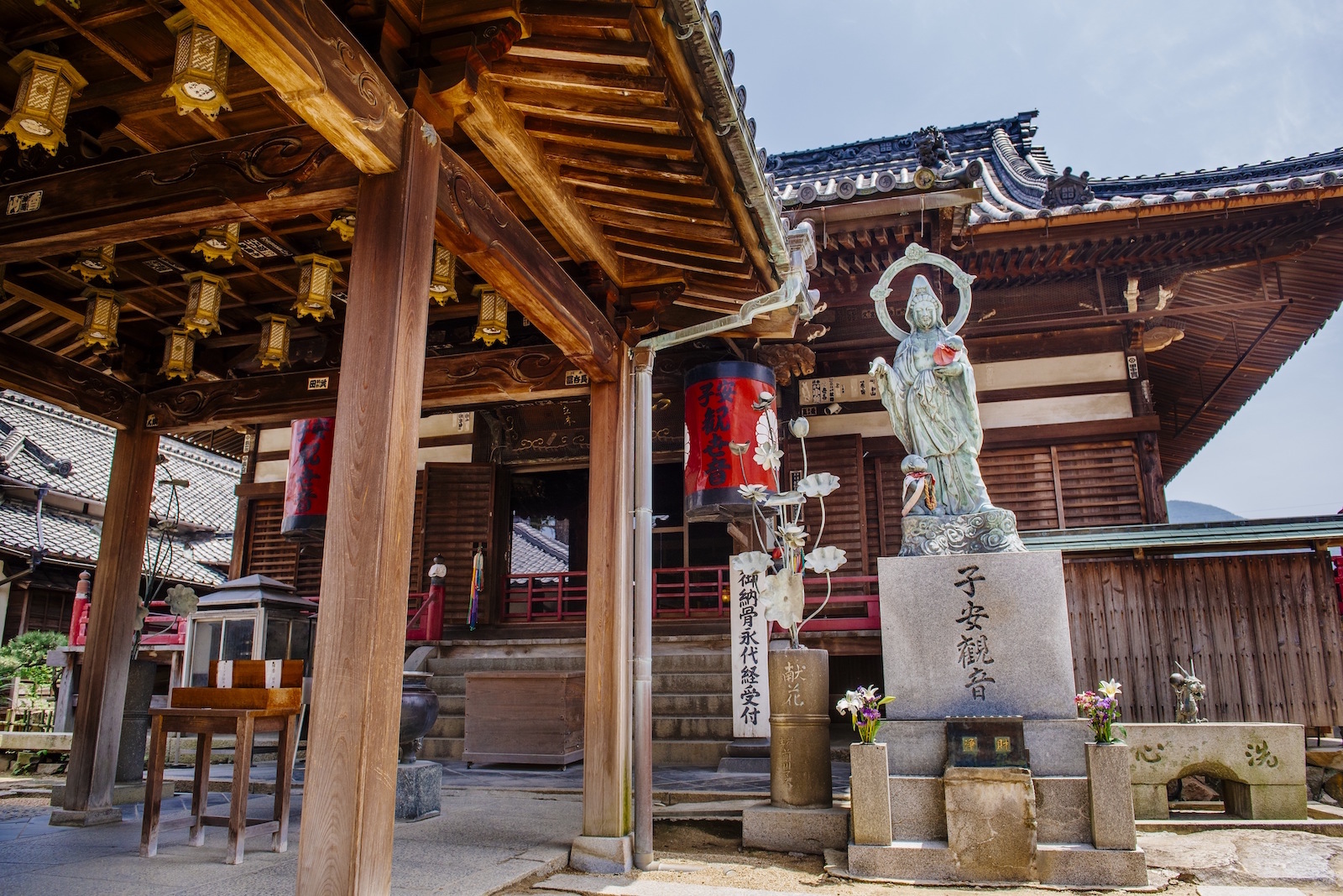 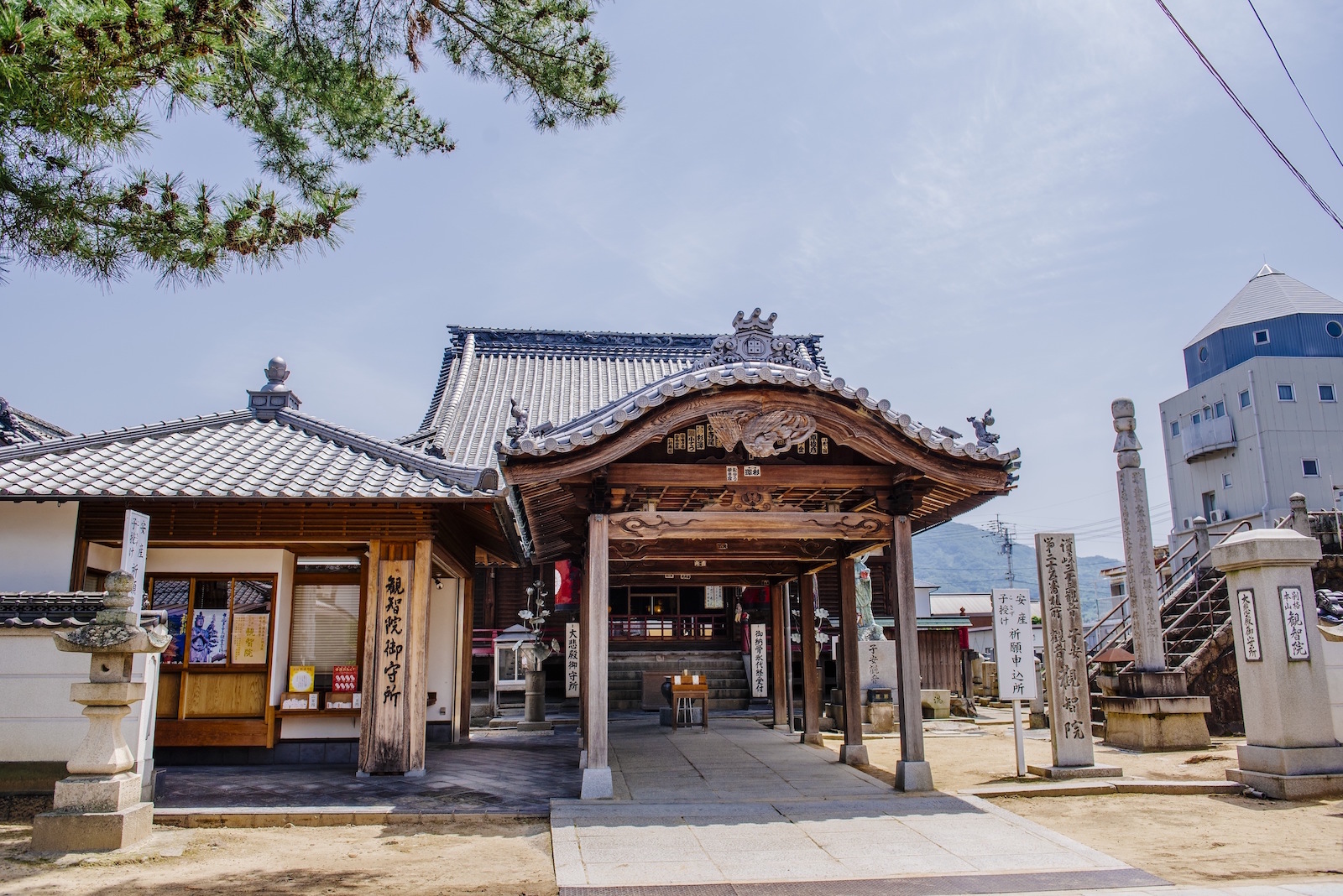 This is Kanchi-in. It is originally one of the 49 sub-temples in Zentsu-ji. It was first built in 807 by Kobo Daishi (Kukai). The current building was rebuilt in 1925 by the master craftsman Heikichi Ohira, who also helped to build the five-storied pagoda of Zentsu-ji. The Honzon is the statue of the Bodhisattva (an enlightened deity who has vowed to remain in the world) Ekadasamukha (eleven-faced Avalokitesvara), which was transferred from the temple connected to the daughter of a feudal lord of the Matsudaira clan of the Takamatsu Domain. This bodhisattva is also called the guardian Avalokitesvara of children and childbirth. She has many female worshippers, who pray to her for being blessed with a pregnancy, safe childbirth and successful child rearing.