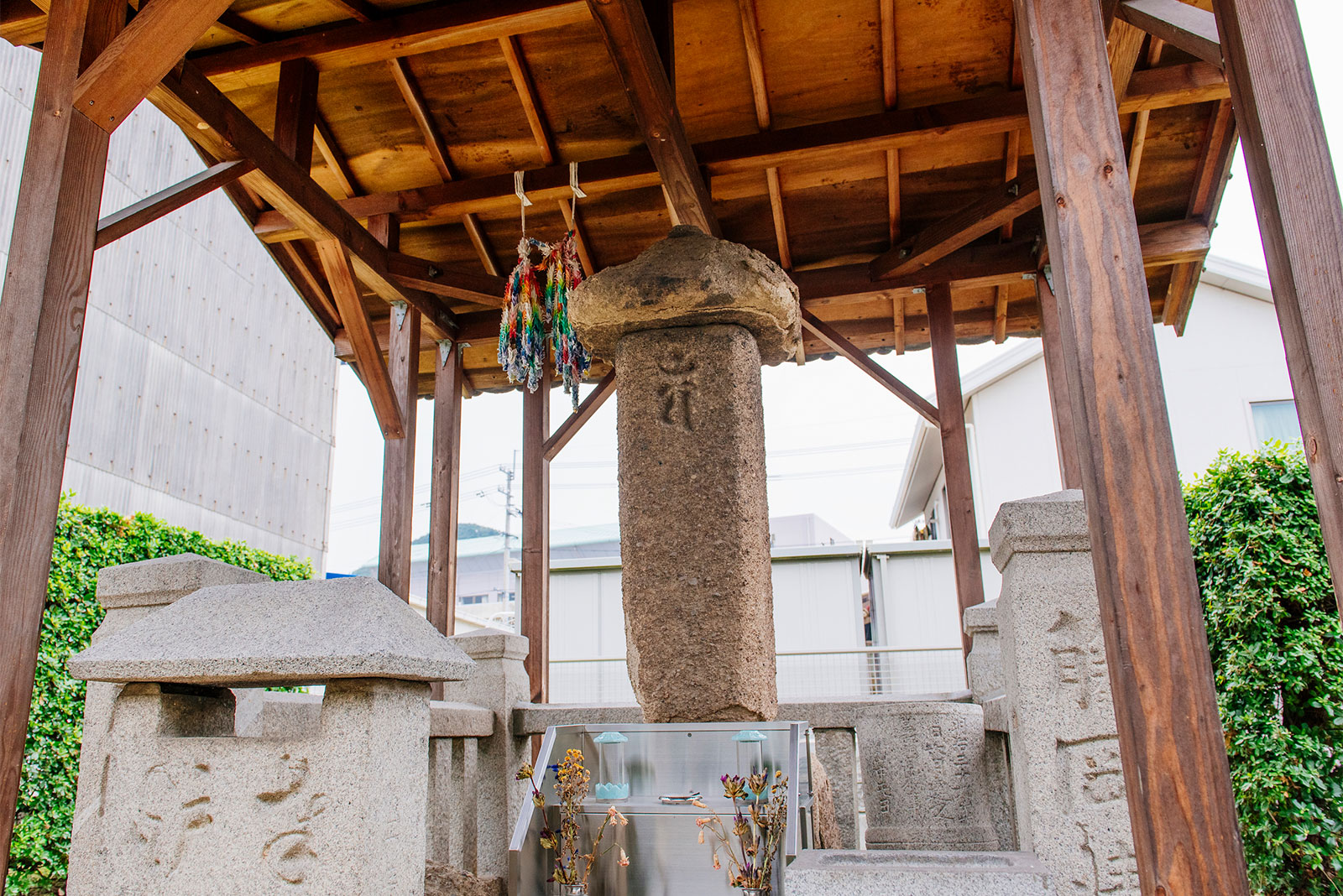 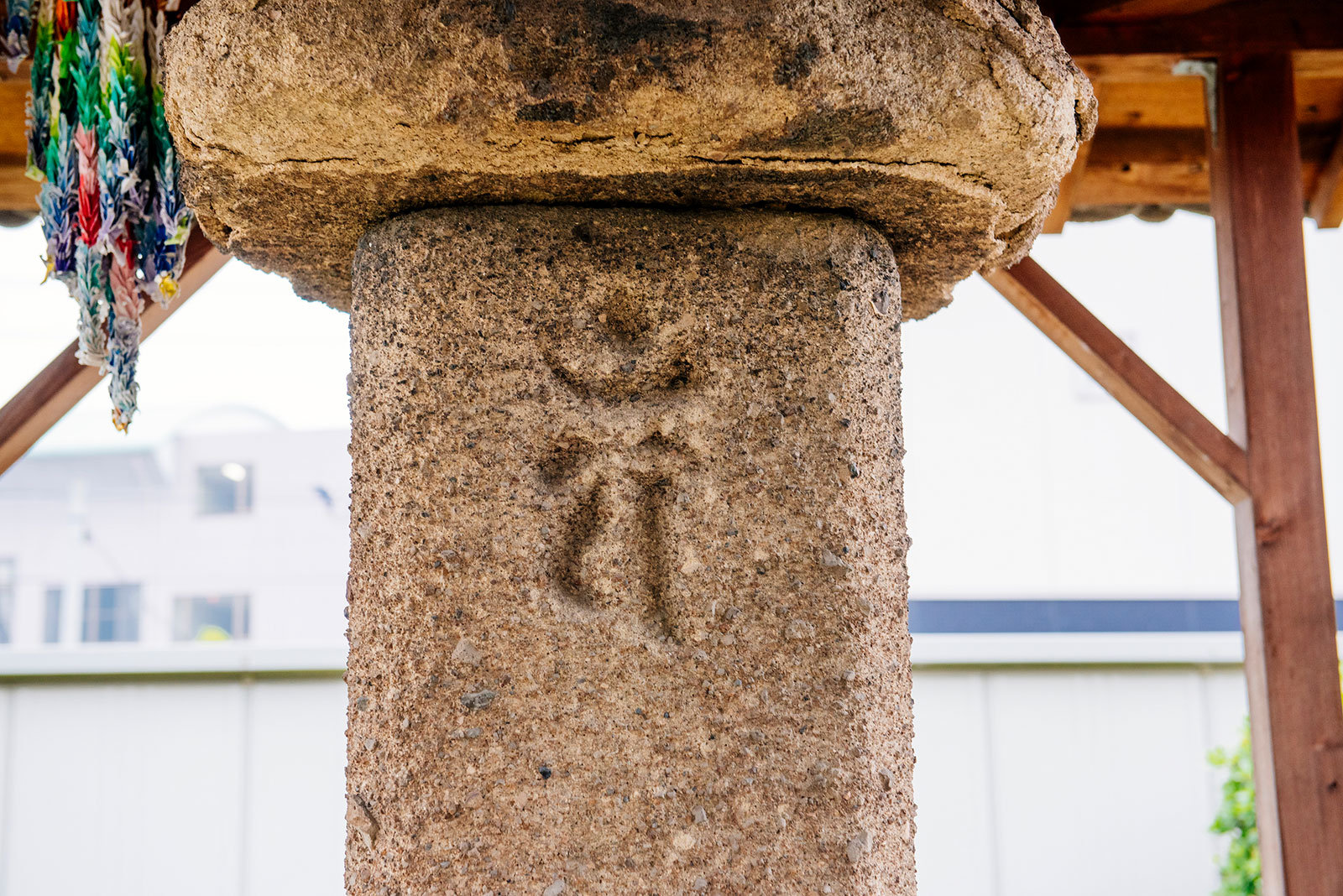 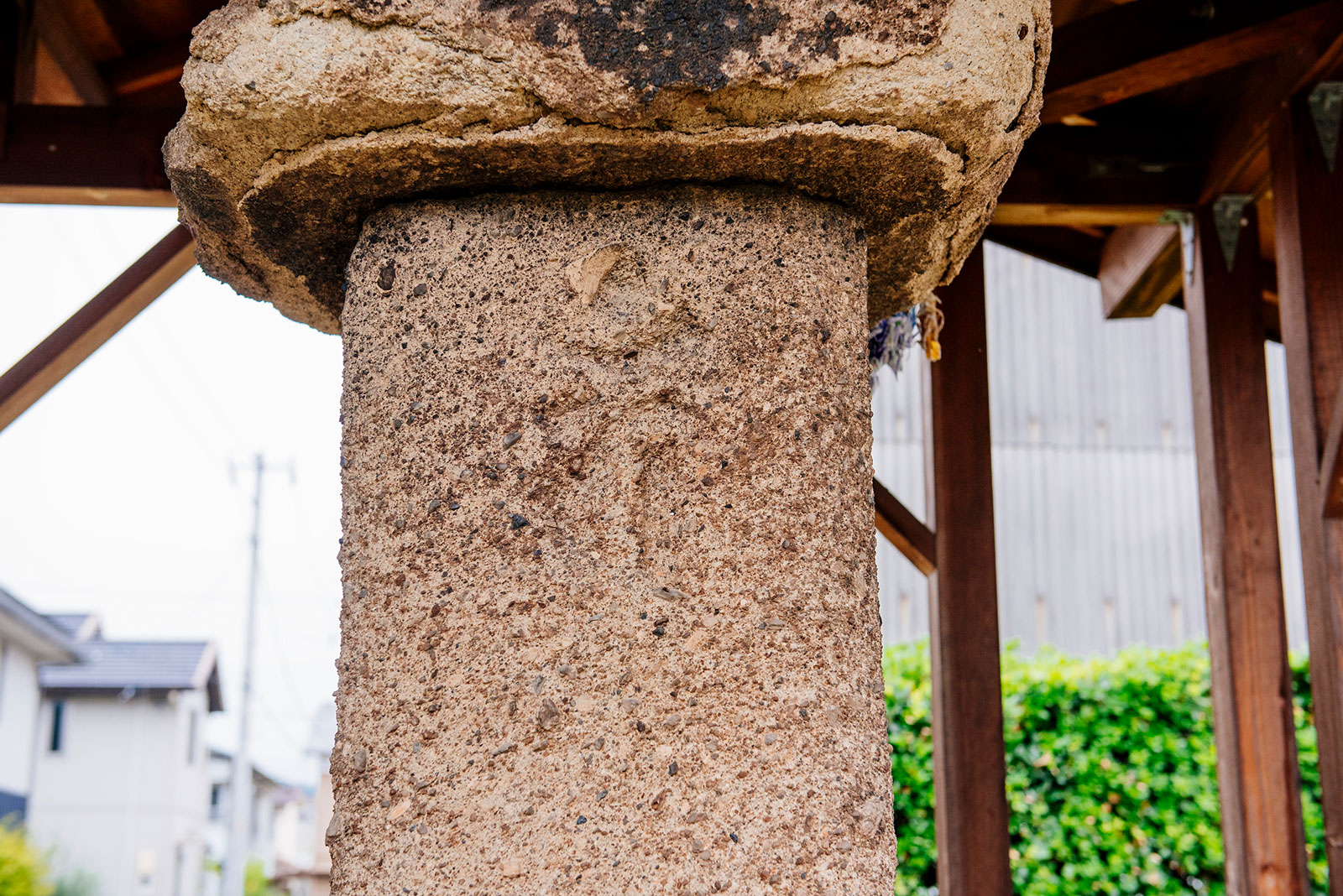 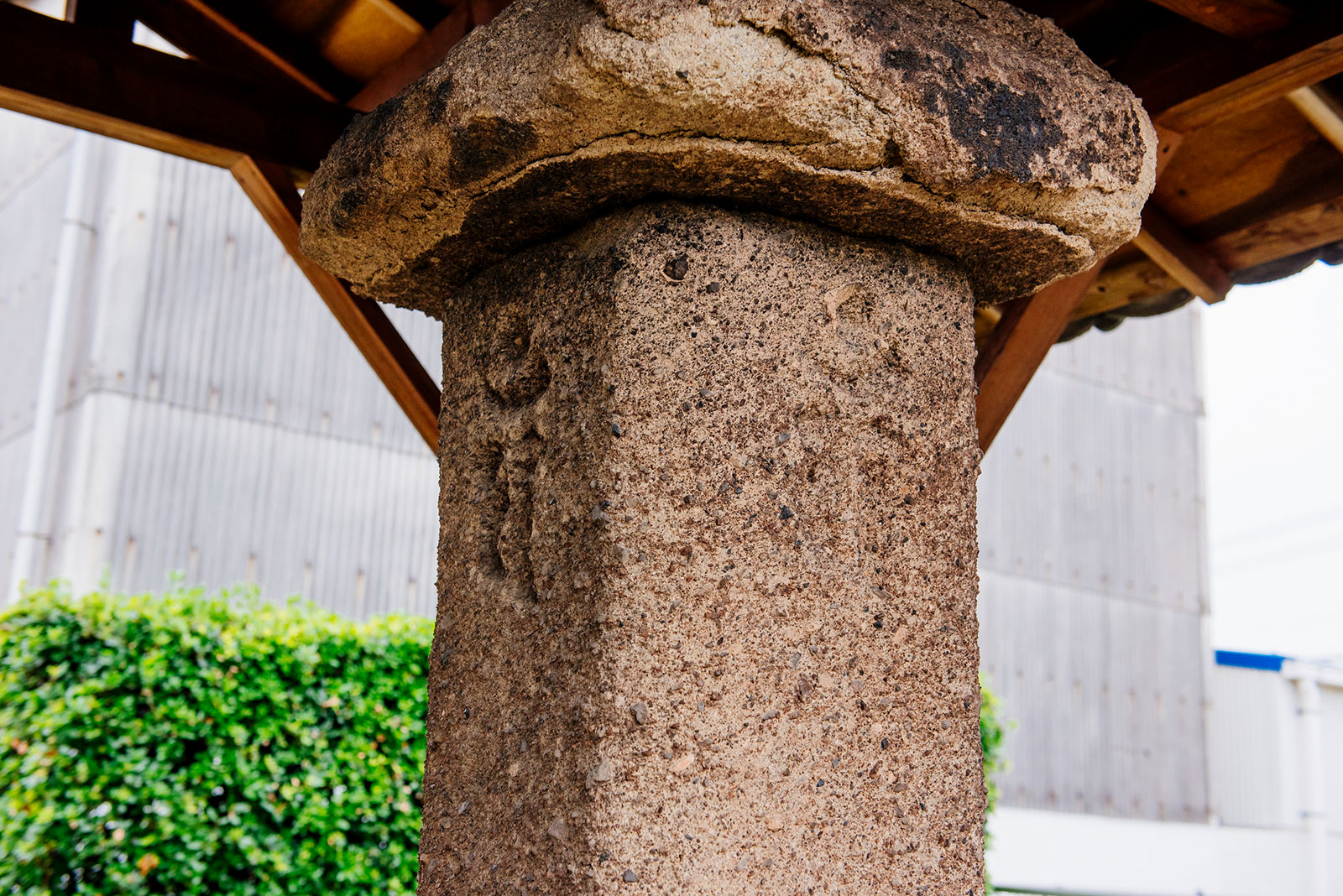 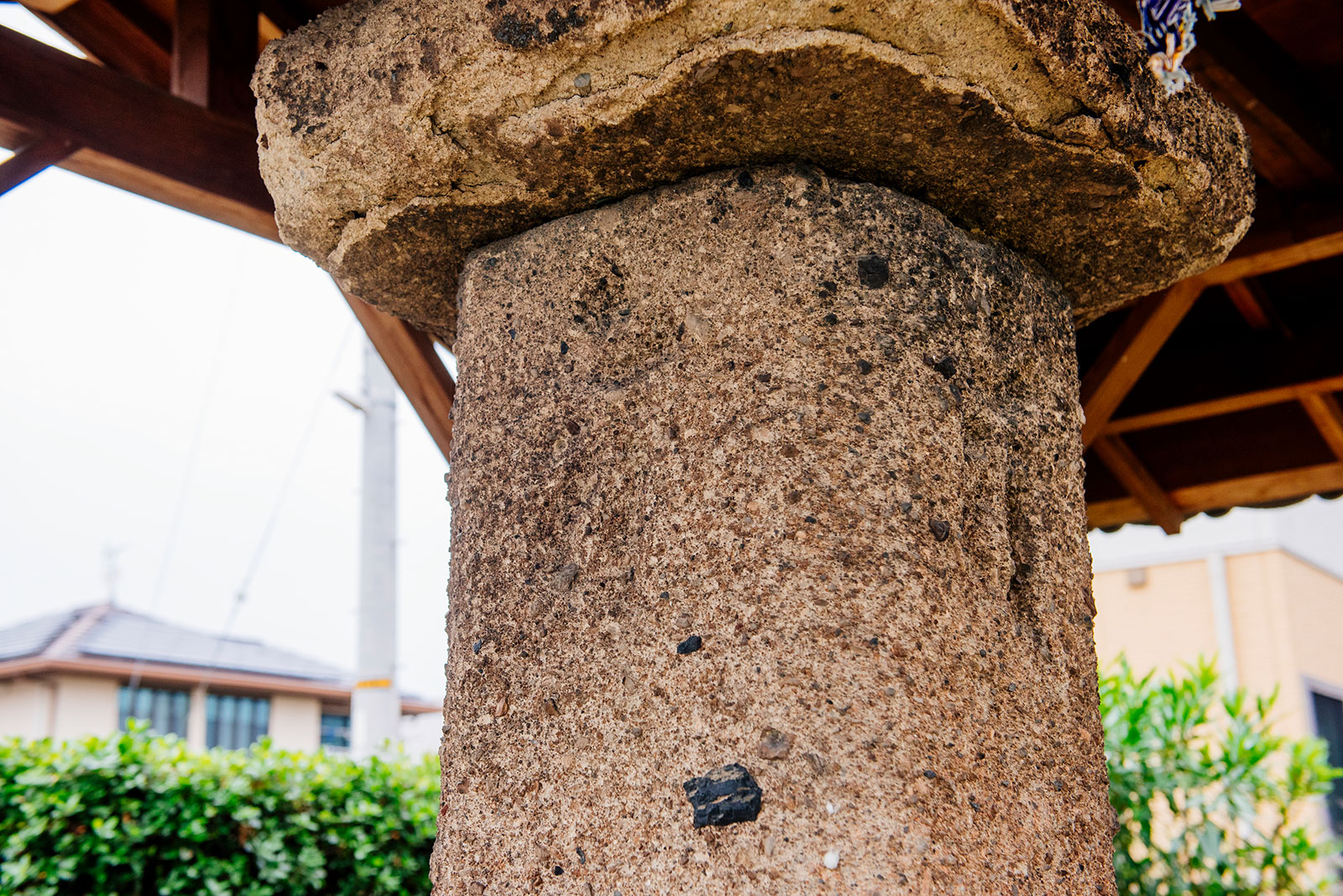 This is the "Inuzuka" (burial mound), which is a designated historical site of Zentsuji City. It measures roughly 2.5 m in height and features a "kasatoba" (stone hat) made of tuff-breccia, and based on its shape, etc., it is believed that it was built during the Kamakura period. The surfaces of its four sides are inscribed with the Sanskrit character "vaṃ," which represents Vairocana. The origin of the name "Inuzuka" can either be traced back to the grave of a loyal dog that served Kobo Daishi or it can be based on a corruption of the name Yuzuka, which it may have been called as it was standing on Senyugahara.