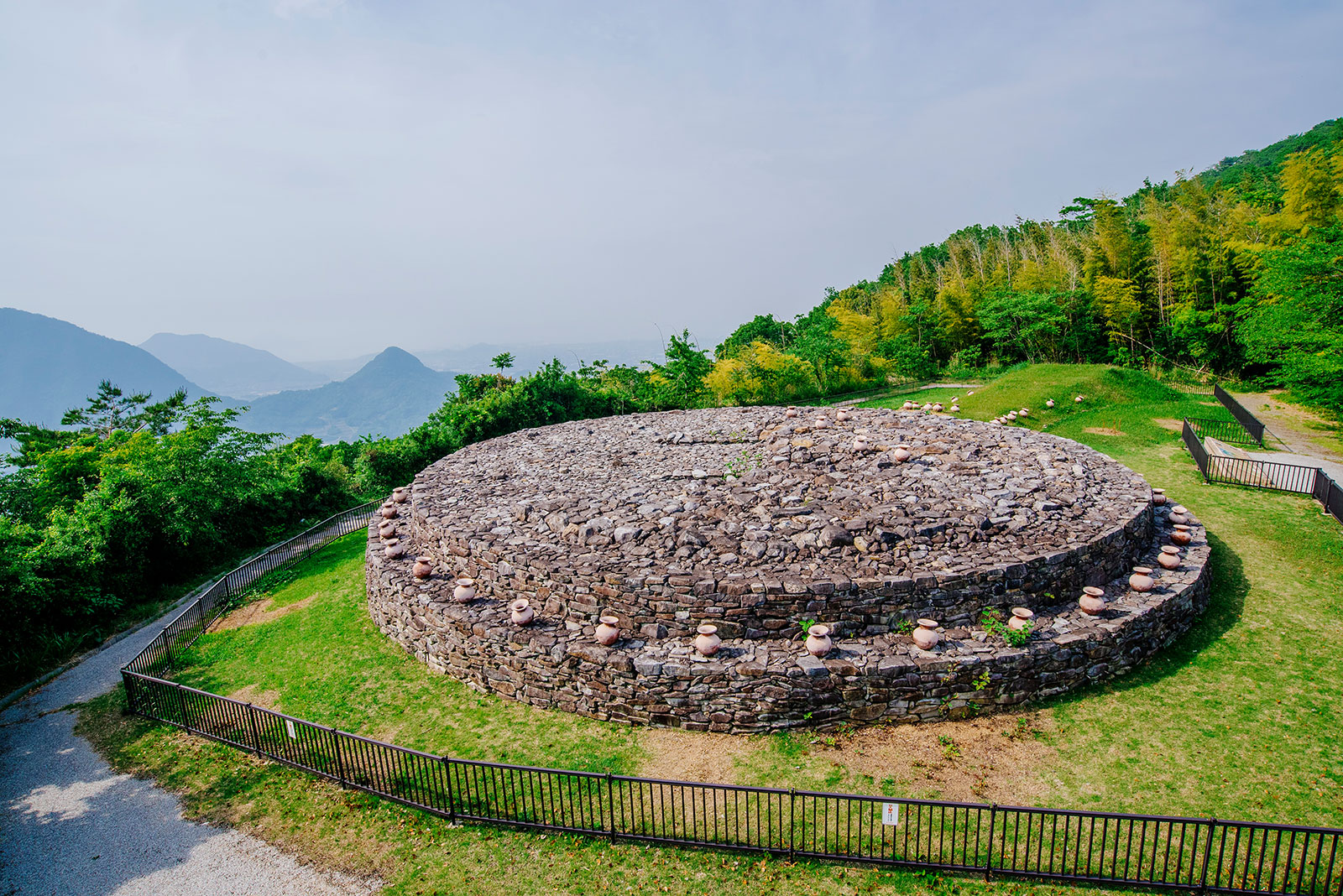 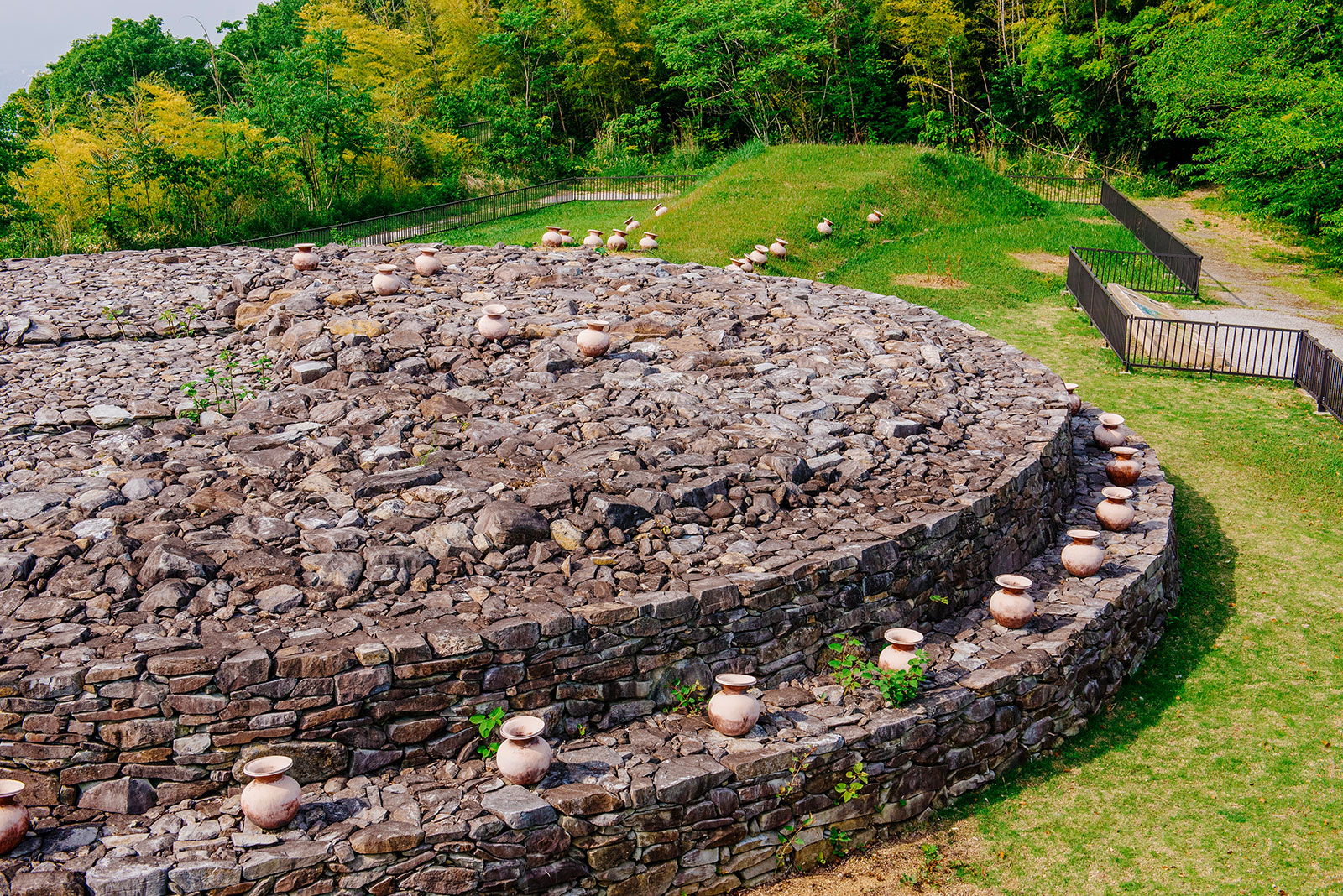 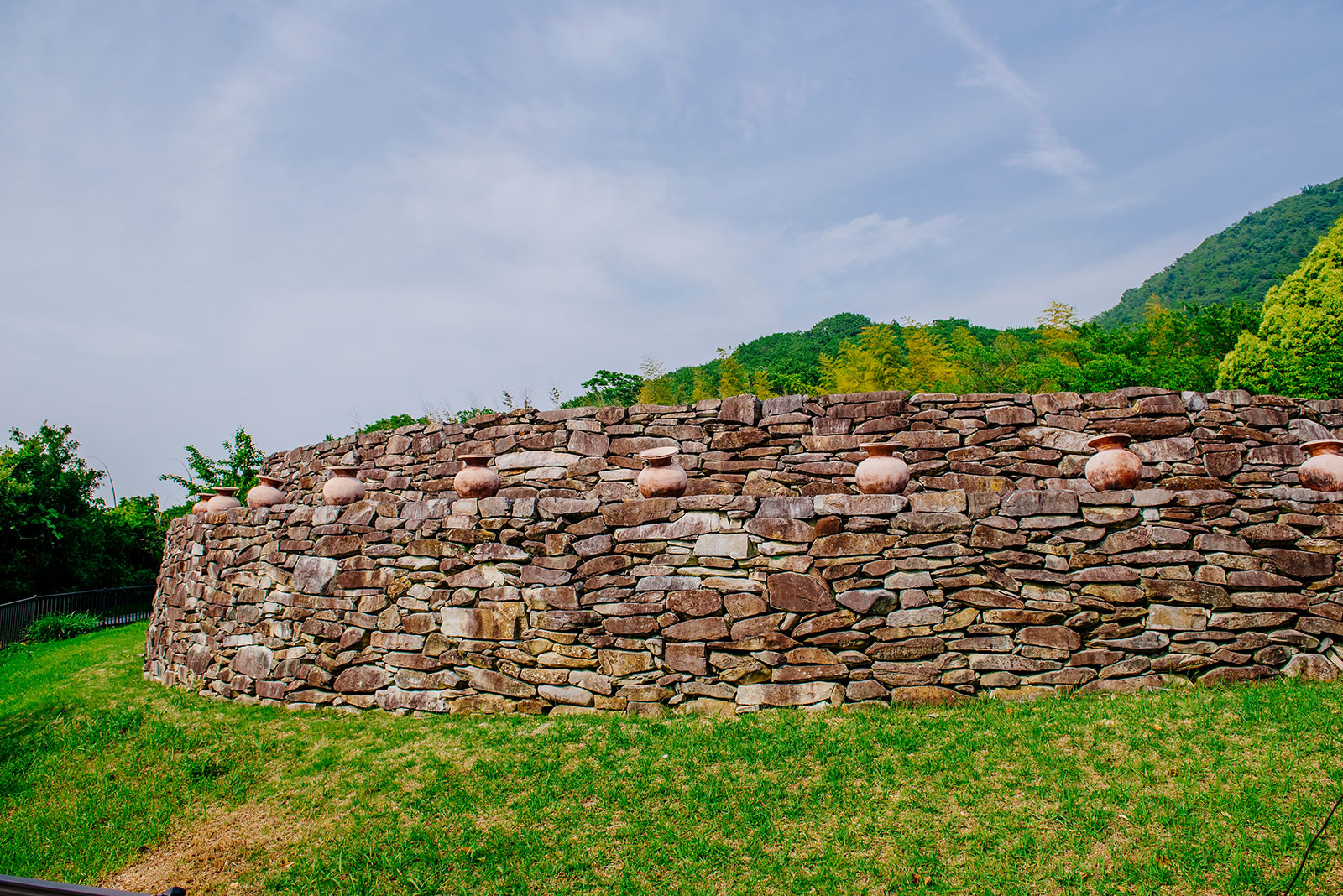 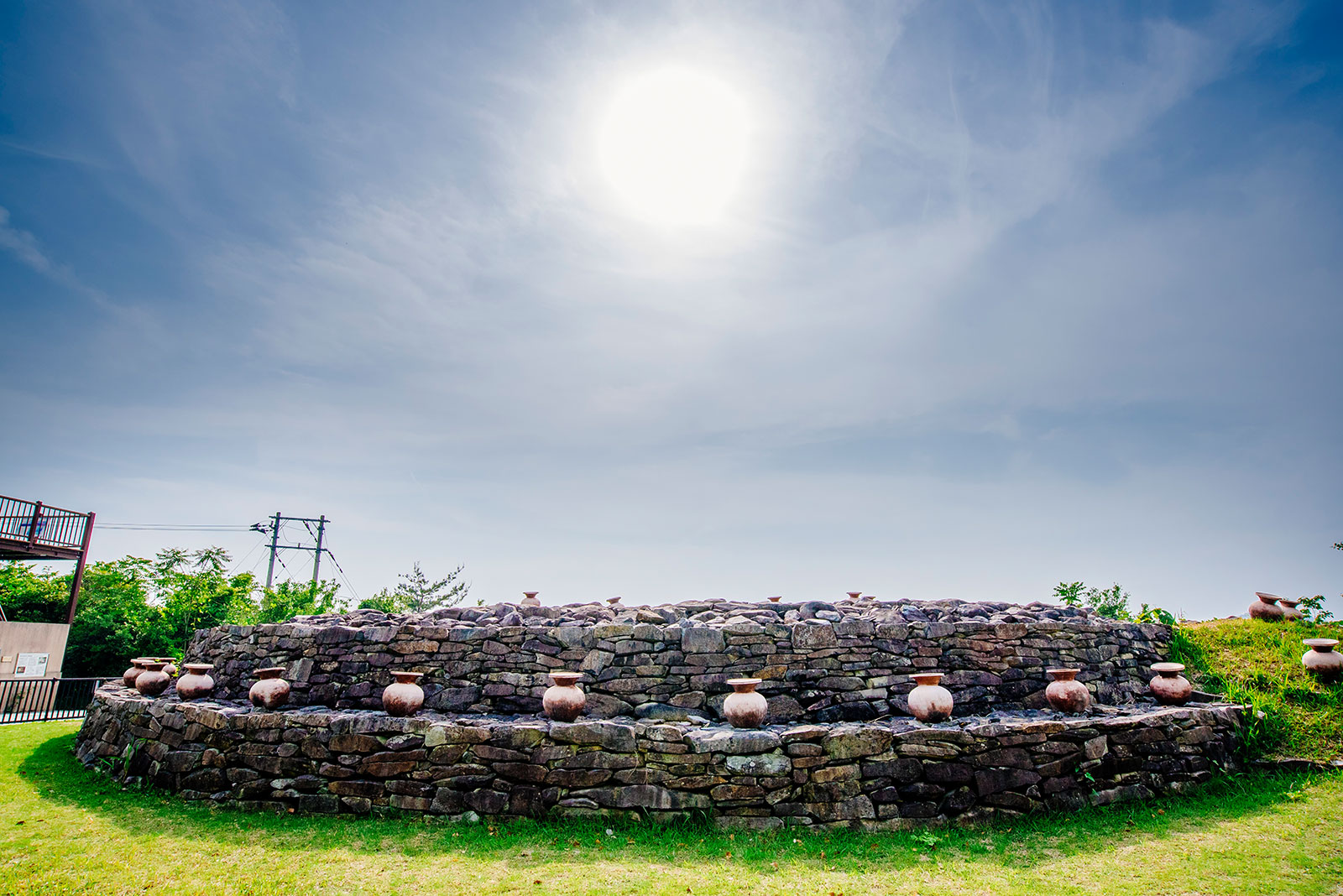 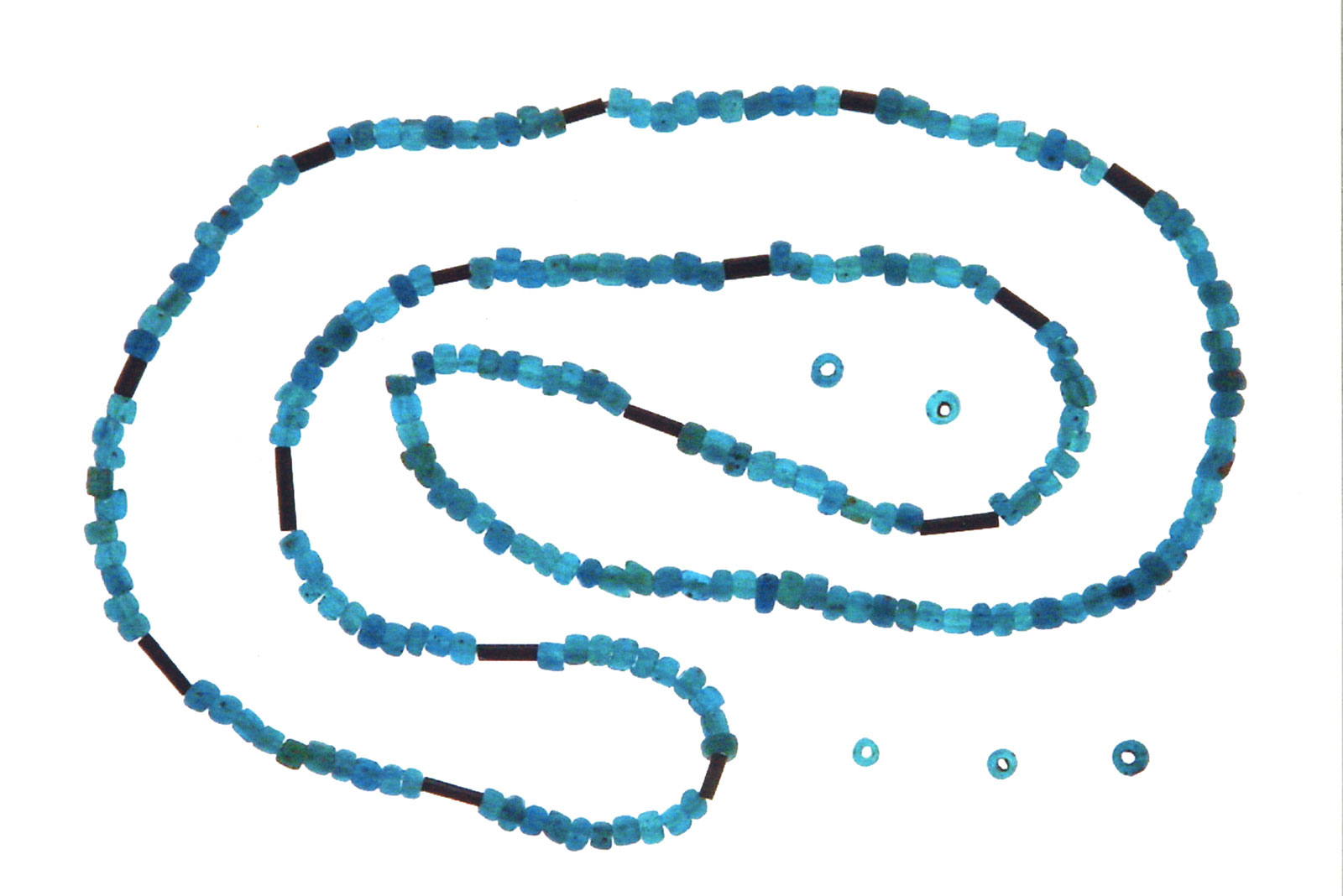 This is the Notano-in Kofun (ancient tomb), which is a nationally designated historical site. It is a circular-shaped ancient tomb with rectangular frontage that was built on the mountainside of Mt. Osa, and it is believed that it was constructed in the latter half of the 3rd Century. Its front portion measures 23.5 m in length, 13 m in maximum width, and 1.6 m in height, and rows of stones are laid out to form a roof over the surface mound. The rear circular part measures 21 m in diameter and 2 m in height, and it is distinctive in that it is a "piled stone tumulus" that has been built using only stones. As a result of archaeological surveys performed since 1997, another stone chamber has been discovered in addition to the pit-type chamber that had already been verified, and numerous artifacts, such as glass beads, iron swords, "hajiki" (pottery), as well as jar-shaped vessels were discovered in the vicinity of the tomb. Based on the shape of the burial mound and the characteristics of the unearthed relics, it is assumed that the Notano-in Kofun ranks among the oldest tombs that can be found in this country. Additionally, during the middle ages, it is also said that a mountainous Buddhist temple referred to as "Notano-in" could be found in this area.