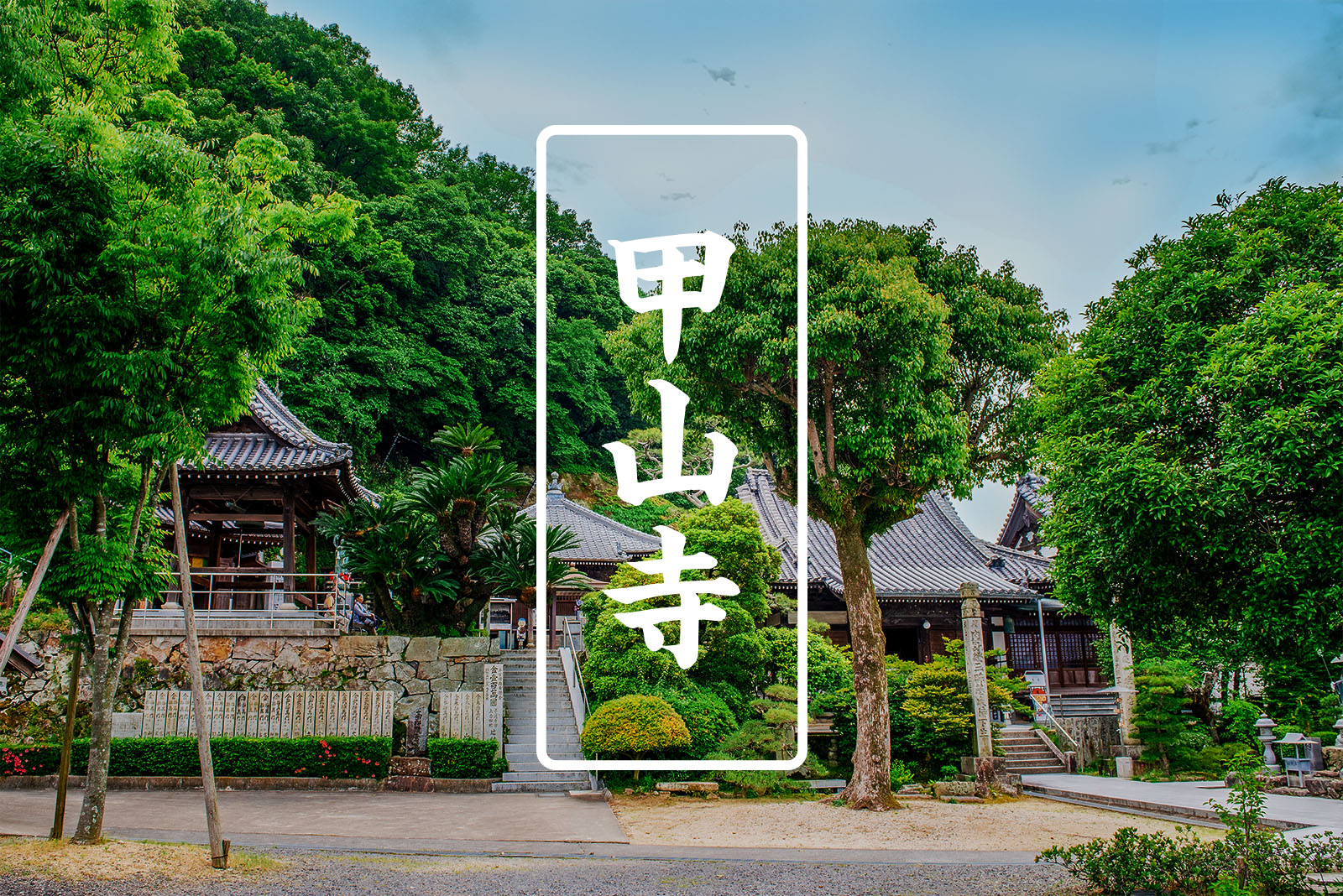 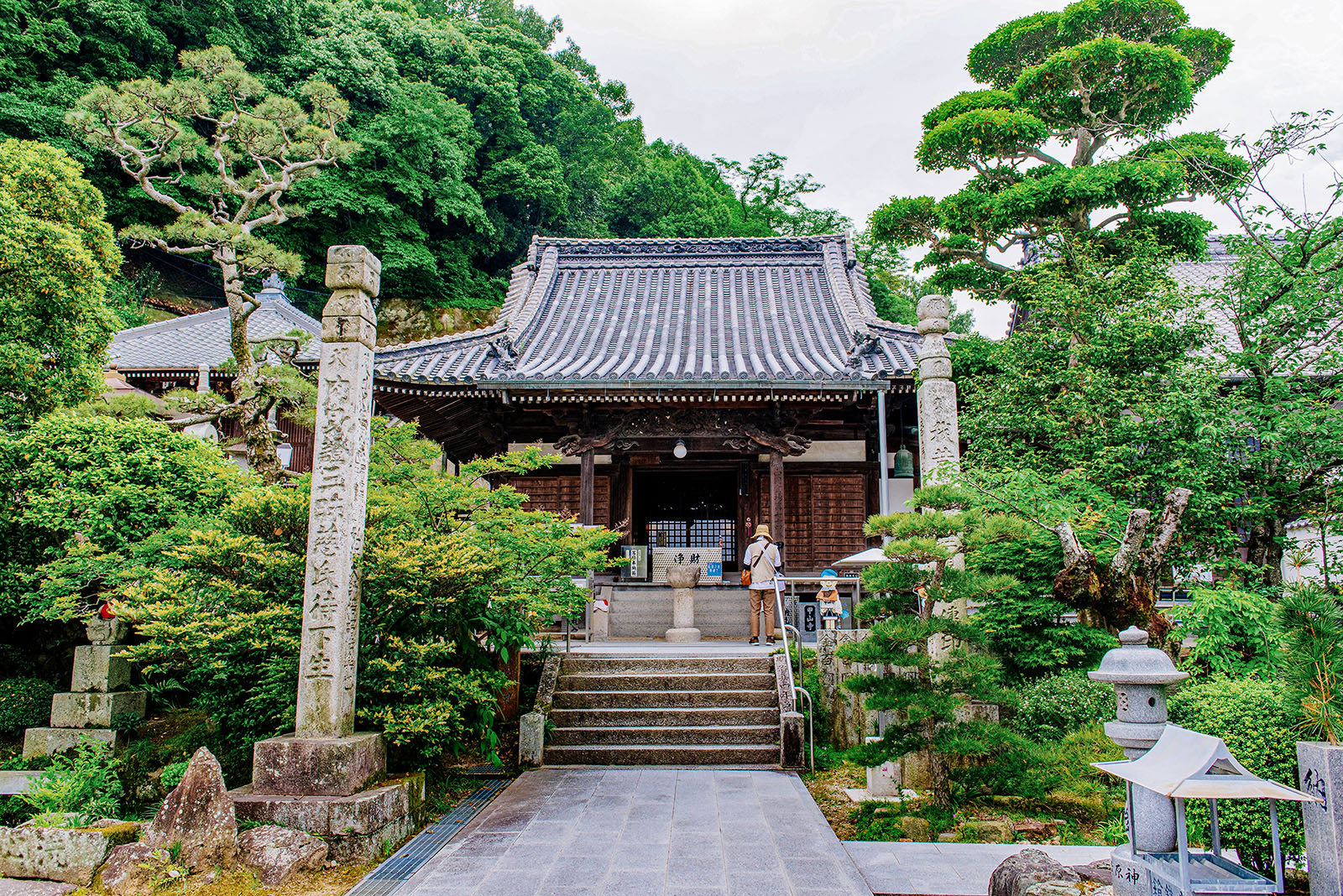 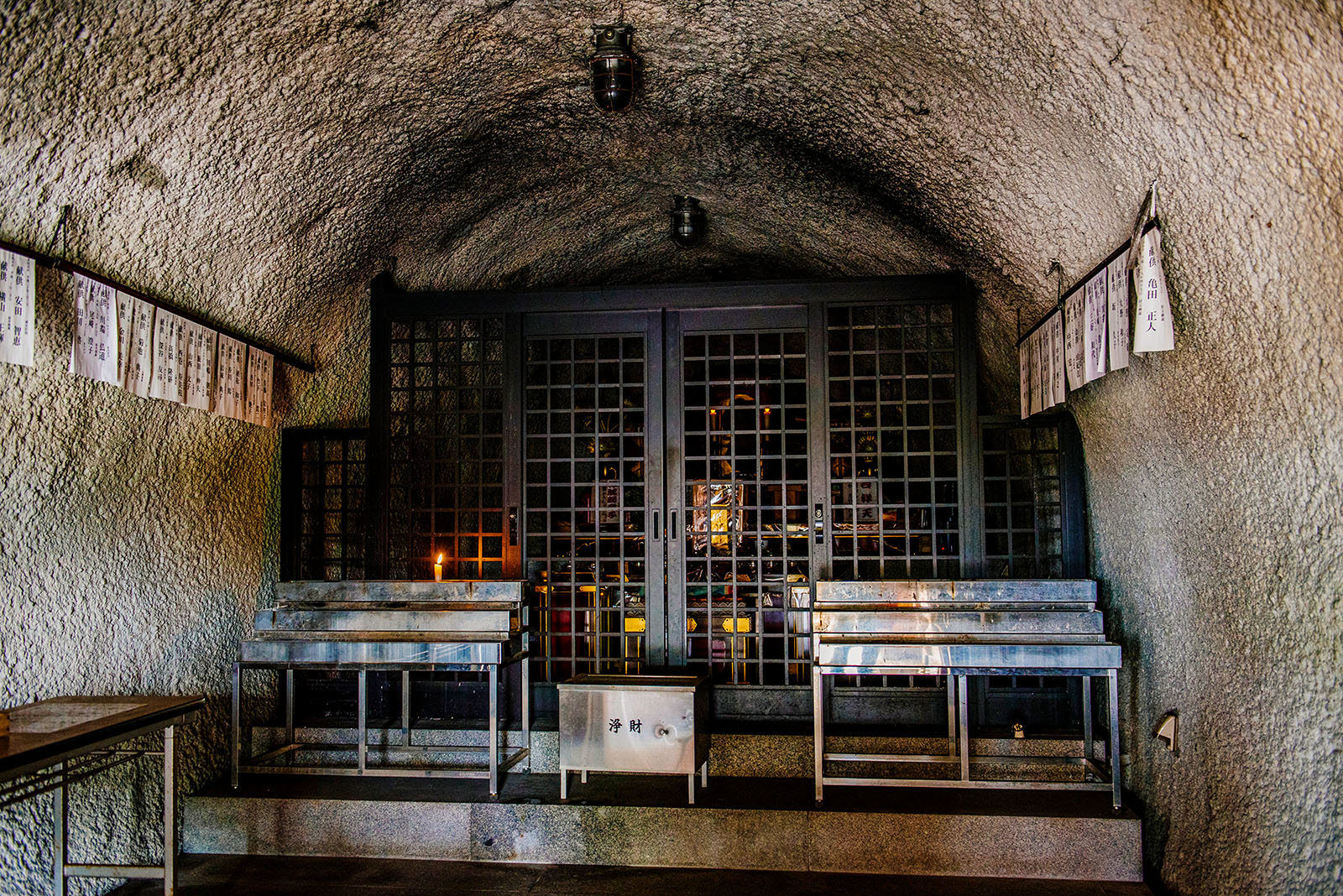 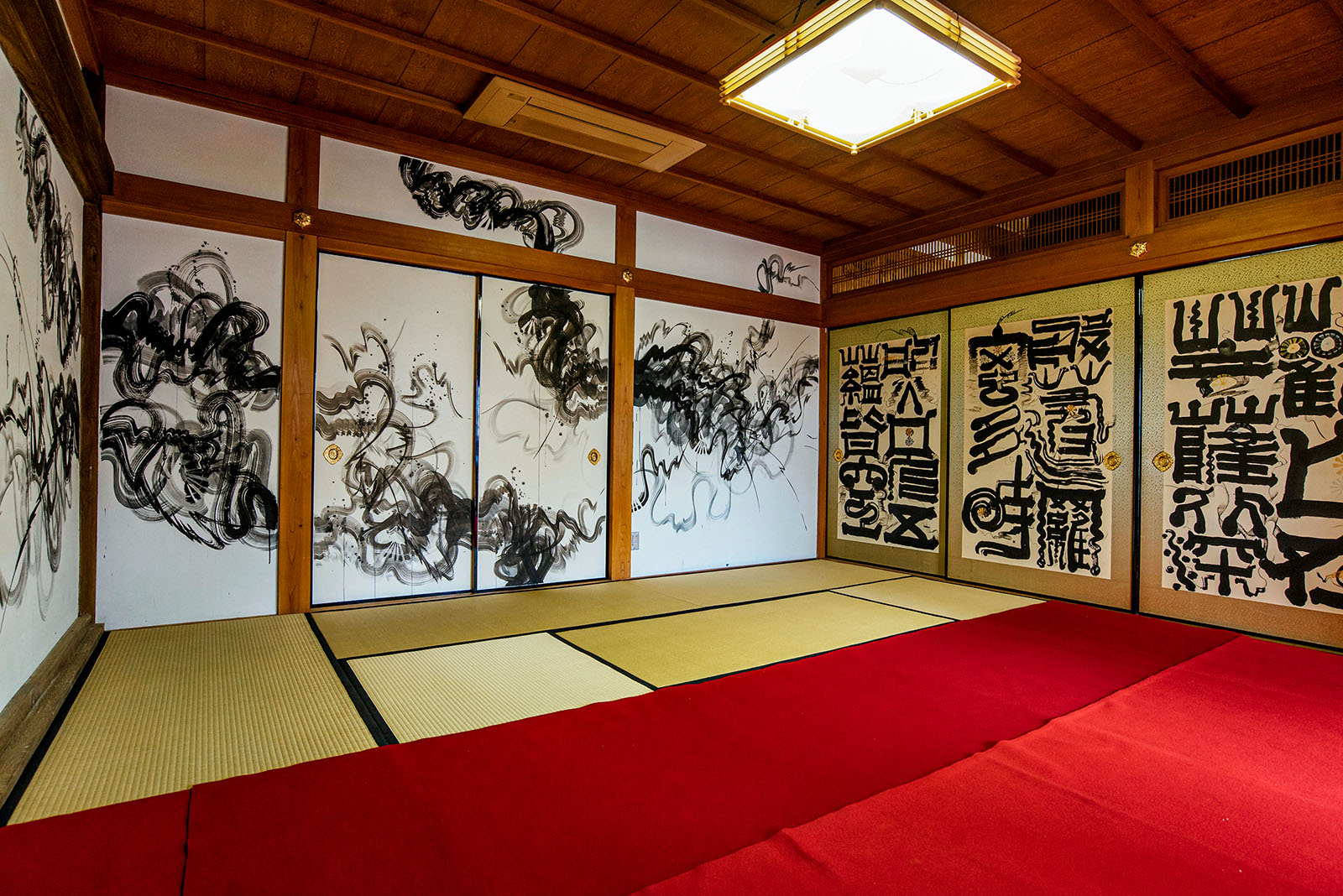 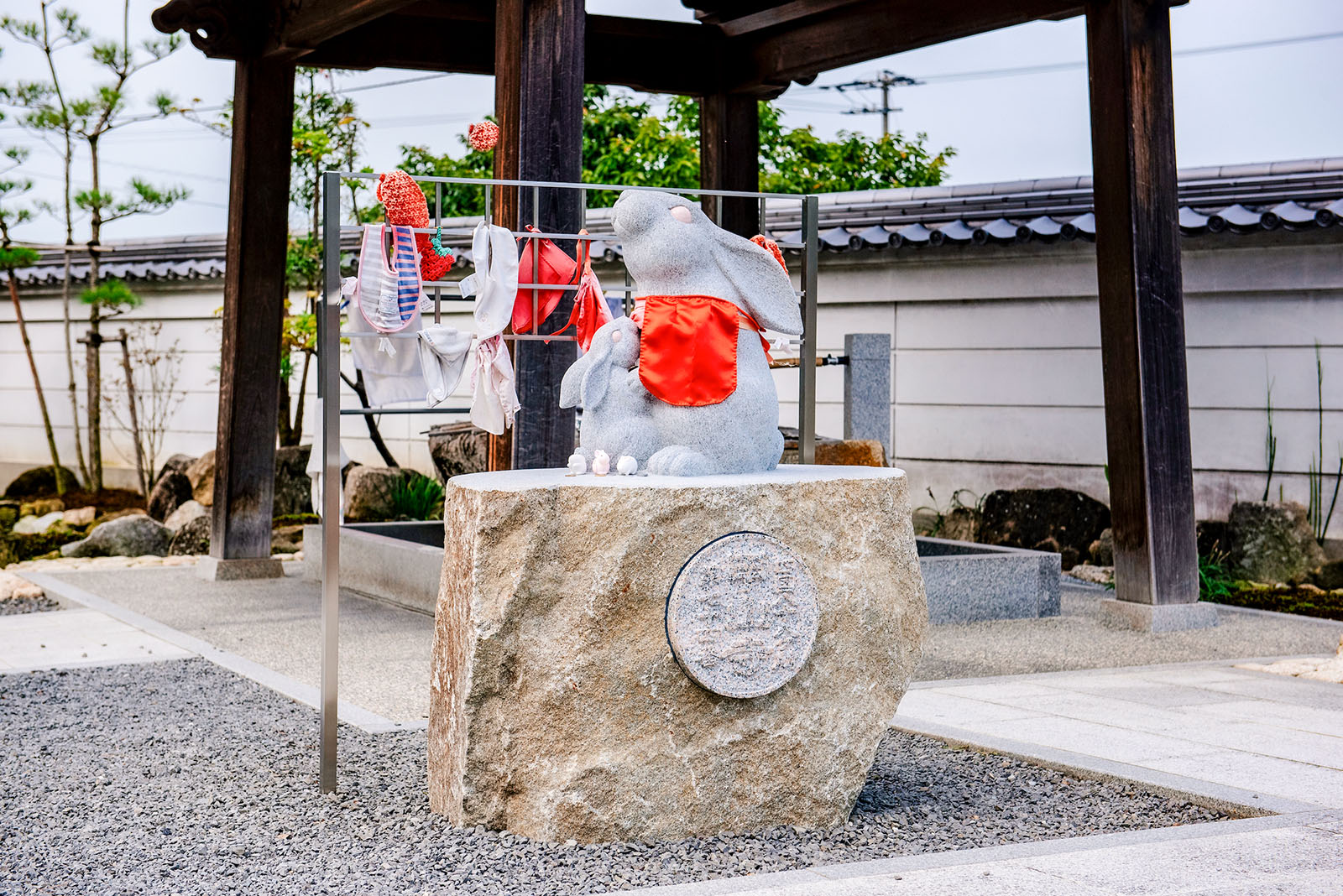 This is temple number 74 on the Shikoku Henro Pilgrimage to 88 Sacred Places. Its Honzon (the principal object of worship at a temple) is the statue of Bhaisajyaguru (the Healing Buddha), and the statue of Vaisravana (guardian god of Buddhism) is also enshrined in the cave of its precinct. According to a temple lore, Kobo Daishi was looking for a sacred place to build a Garan complex between Zentsu-ji Temple and Mandara-ji Temple at the beginning of Heian period. One day, he was walking in Mt. Kabuto. Then, a saint that looked like an old man appeared from a cave at the foot of the mountain, and the saint said, “If you build a temple in this land, I will protect it eternally.” Kobo Daishi was deeply touched and sculptured a stone statue of Vaisravana to offer to the cave. Later, given Emperor Saga’s decree, Kobo Daishi was assigned as the head of the renovation work of Mannoike Pond. Kobo Daishi prayed for the success of the renovation work in the cave of Mt. Kabutoyama by sculpturing a statue of Bhaisajyaguru and conducting prayers and rituals. Then, thousands of people who respected Kobo Daishi gathered and completed the work in only three months. He was praised for his achievement and given a reward. He used it to build Koyama-ji Temple, and it is said to enshrine the Bhaisajyaguru as its Honzon. Moreover, regarding the sliding doors in the five rooms in the Kyakuden next to the Main Hall, the modern calligraphist Kohei Okamoto has dedicated them by adorning them with large calligraphy works, such as "Hihaku Unryuzu" and the "Hannya Shingyo Mandala."