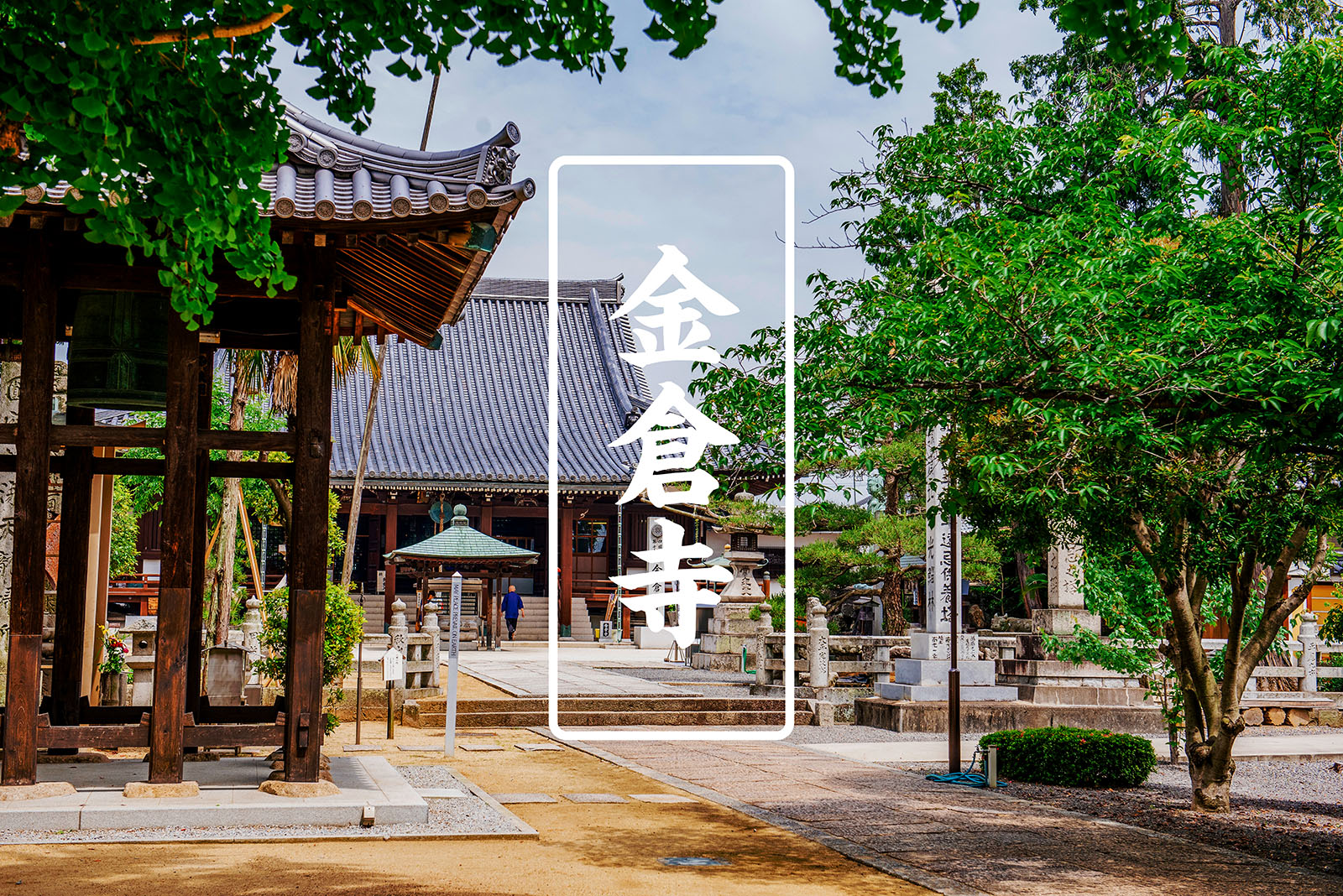 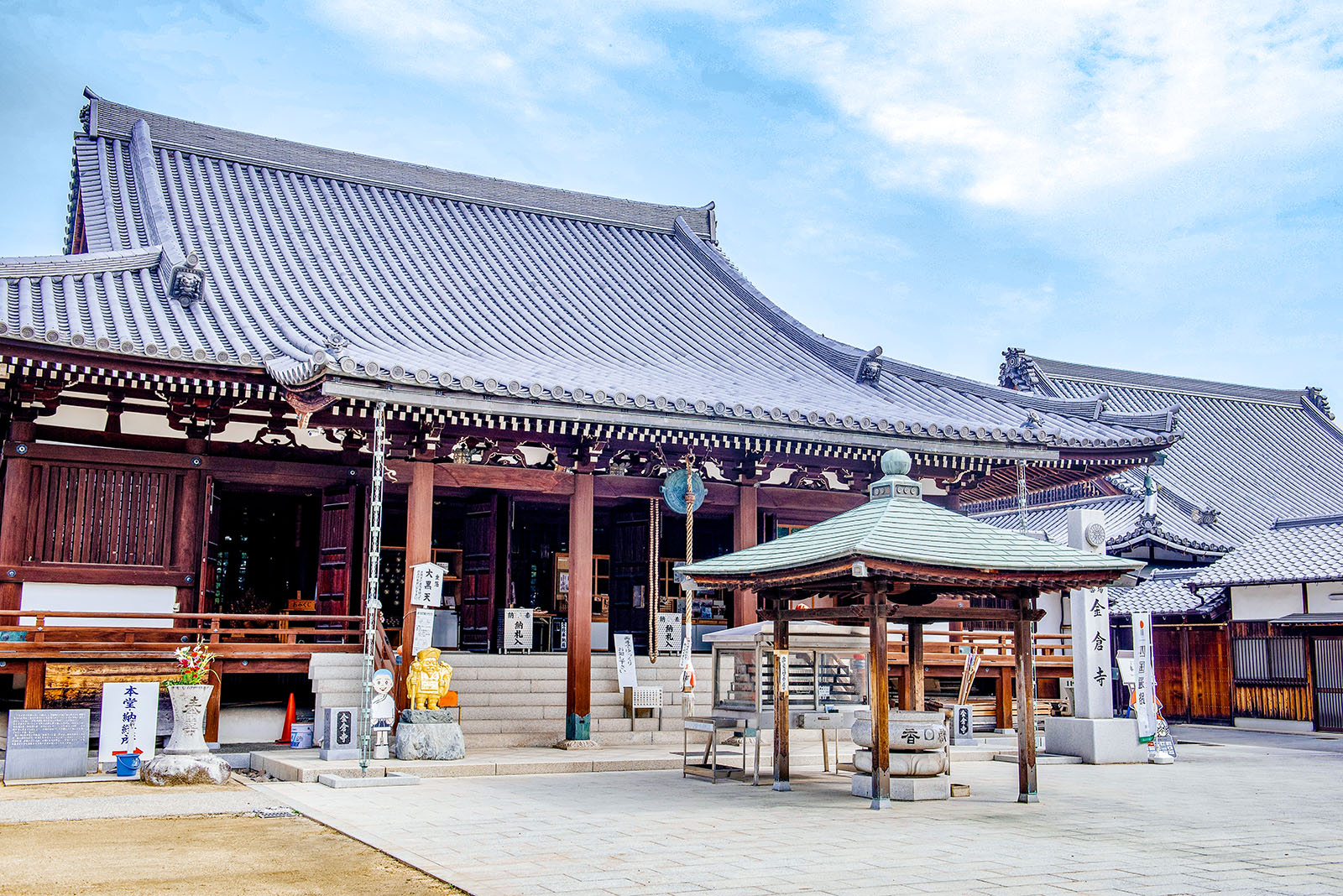 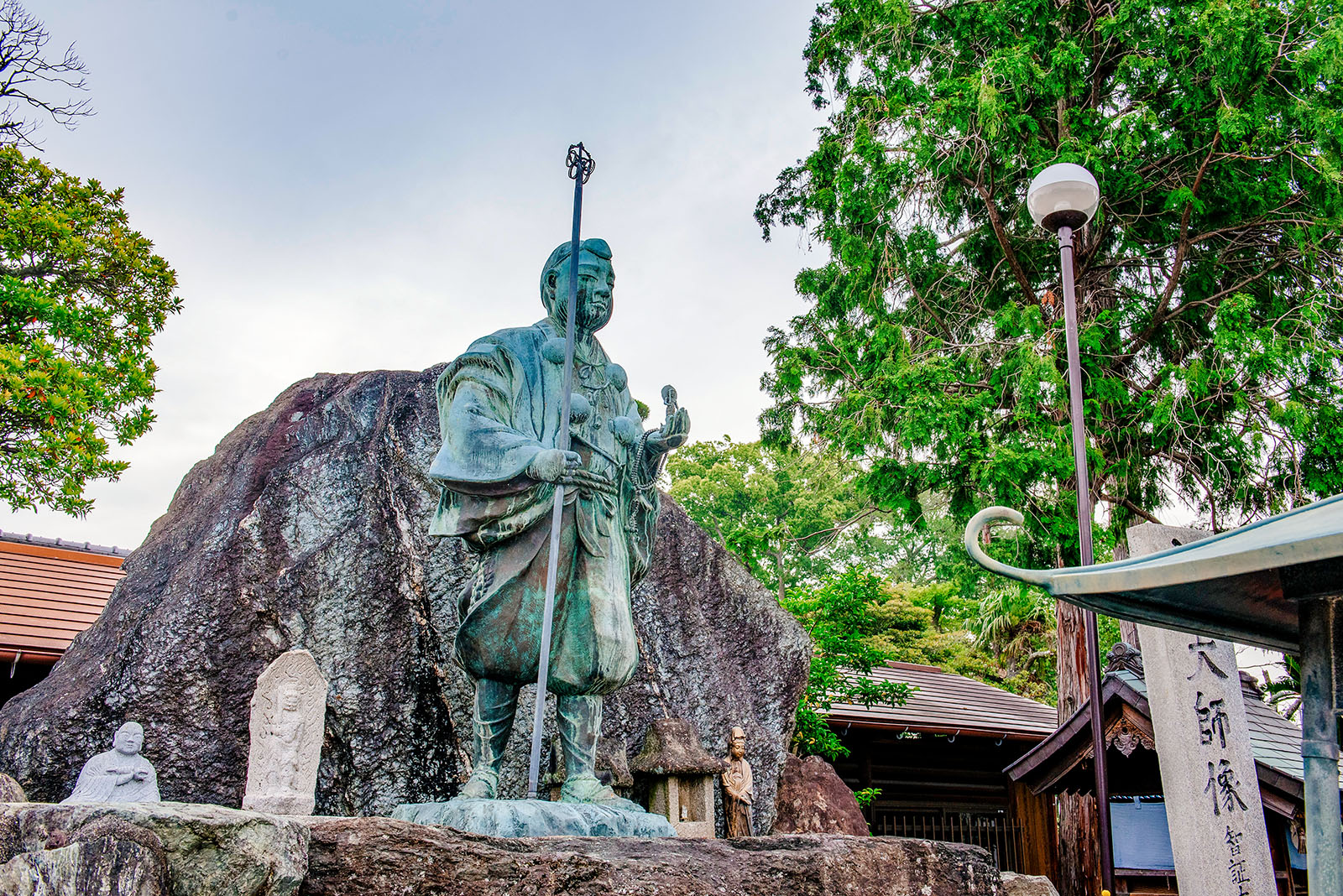 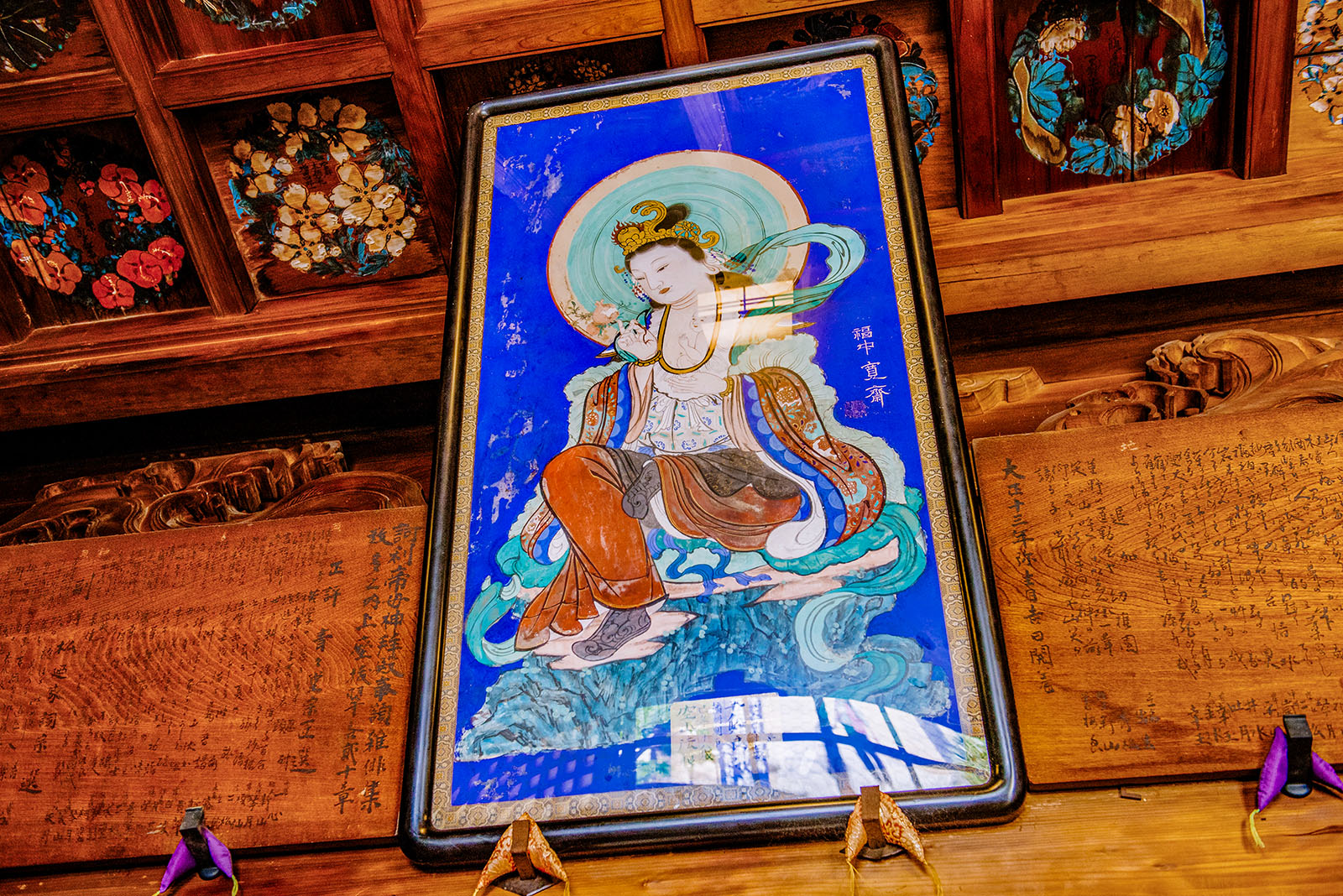 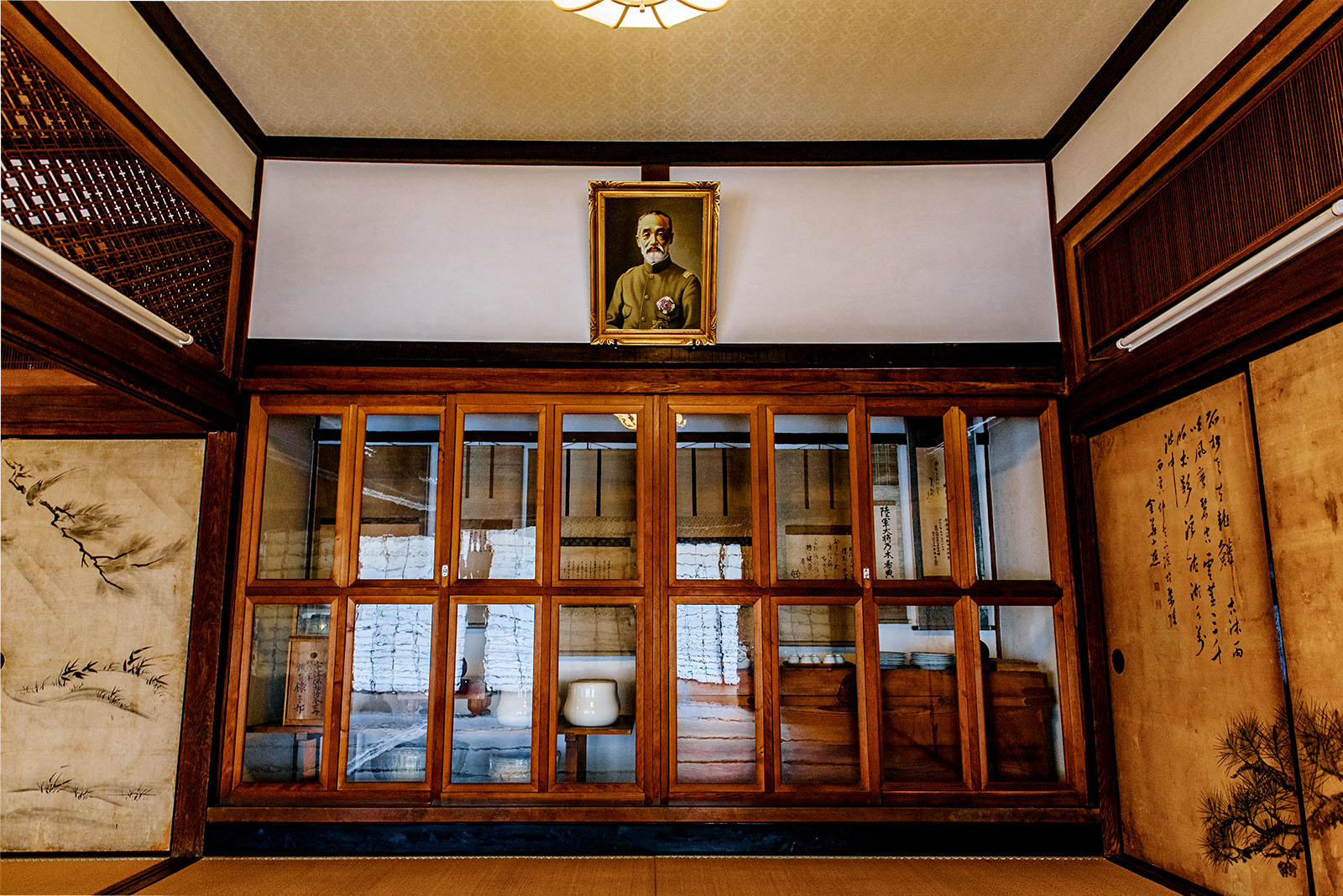 Konzou-ji Temple is known as the birthplace of Chisho Daishi, the place where the Hariti appeared for the first time in Japan and temple number 76 on the Shikoku Henro Pilgrimage to 88 Sacred Places. It has a long history. It was founded in 774 (Hoki 5), in the same year Kobo Daishi was born, when Wake no Dozen made a statue of a life-sized Cintamanicakra and built a hall to enshrine it. The hall was named Jizaiodo Hall and was renamed as Dozen-ji Temple by Dozen’s son, Yakanari. Chisho Daishi Enchin is the first son of Yakanari. The number of appeals by Yakanari and the great work of Chisho Daishi allowed Dozen-ji Temple to become a state-sponsored temple in 851 (Ninju 1). Having devoted himself to his studies in Tang China, Chisho Daishi came back to Japan and visited his home place Dozen-ji Temple. He then built a Garan complex modelled on Qinglong Temple in Tang China. In the same period, he made a statue of the Hariti and built the Hariti Hall. Given Daigo Emperor’s imperial decree in 928 (Encho 6), the temple was renamed to Konzou-ji Temple which was taken from the name of the surrounding area, Kanakura (Konzou uses the same kanji as Kanakura). At that time, Konzou-ji Temple had its most prosperous period, and it is said there were 132 monasteries in its precinct (8km from north to south, 4km from east to west) and a congregation of over 1,000. Later, the temple suffered from repeated fires in the wars and lost its Garan complex and treasures. After having had no priests for approximately 100 years, its restoration was realized by the lord of Takamatsu domain Matsudaira Yorishige and Tendai sect monk Kirakuin Sankai. It is also known that General Nogi Maresuke, who took up his new post as the first commander of the 11th Infantry Brigade, designated the temple as his lodging and stayed here from 1898 for two and half years.