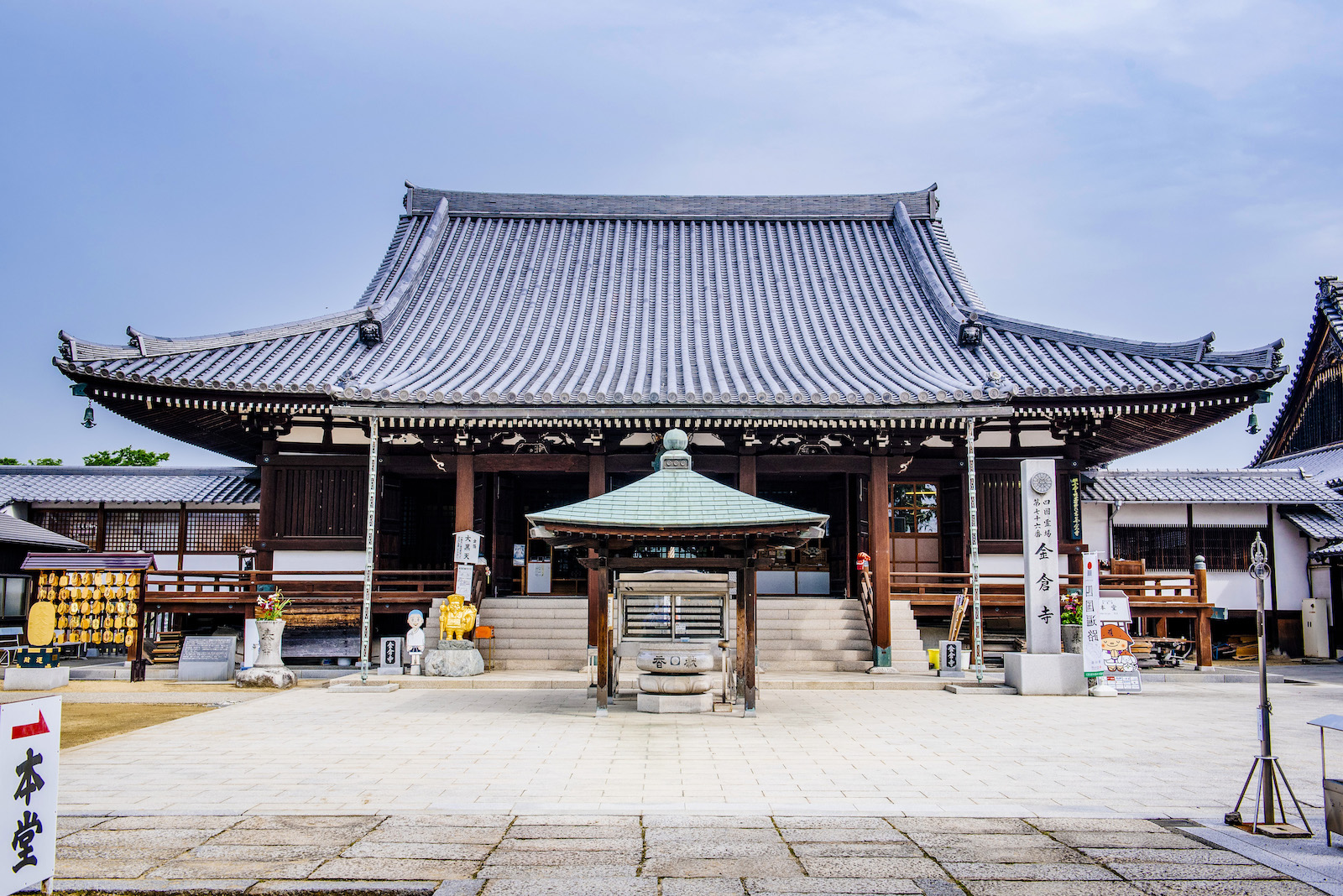 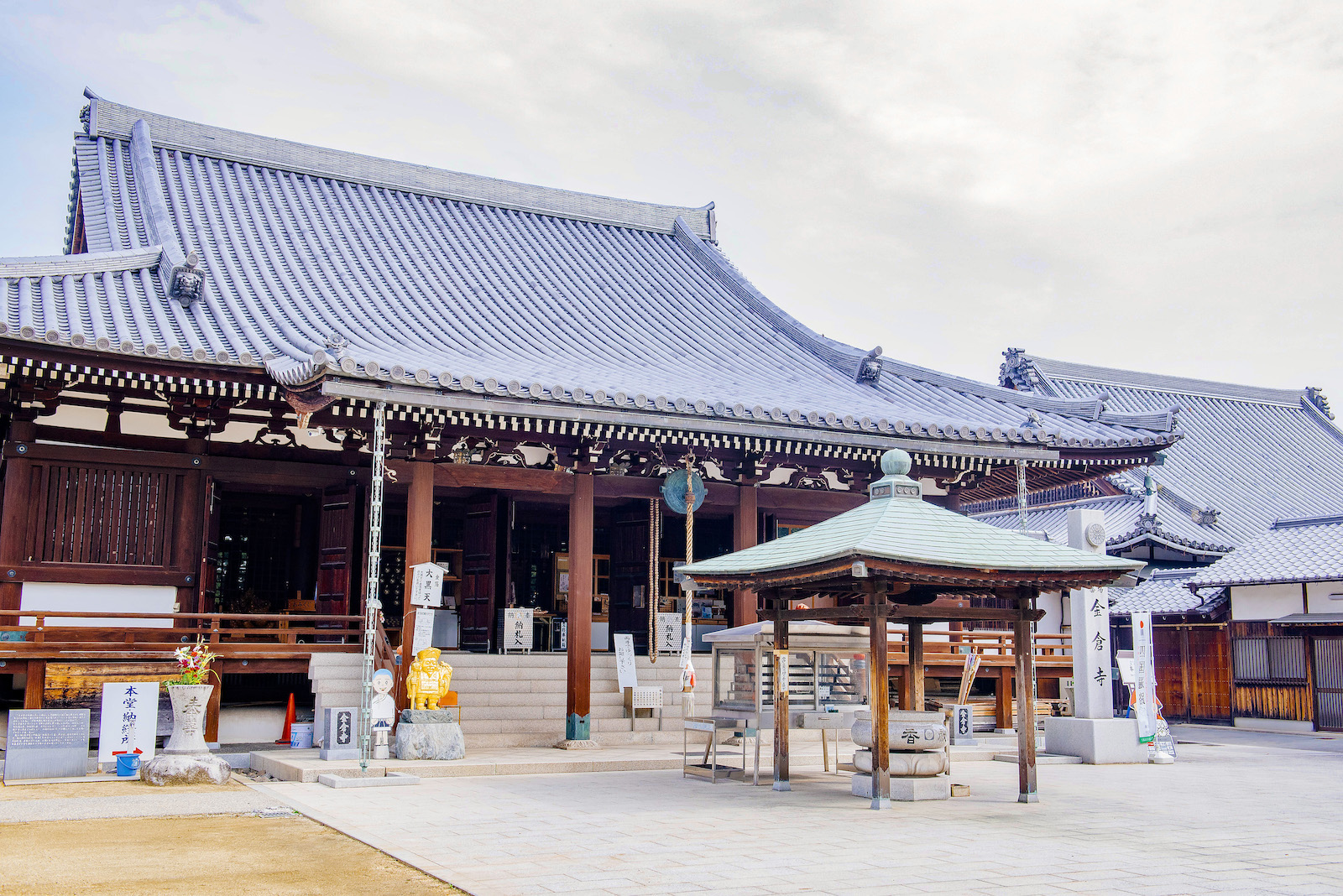 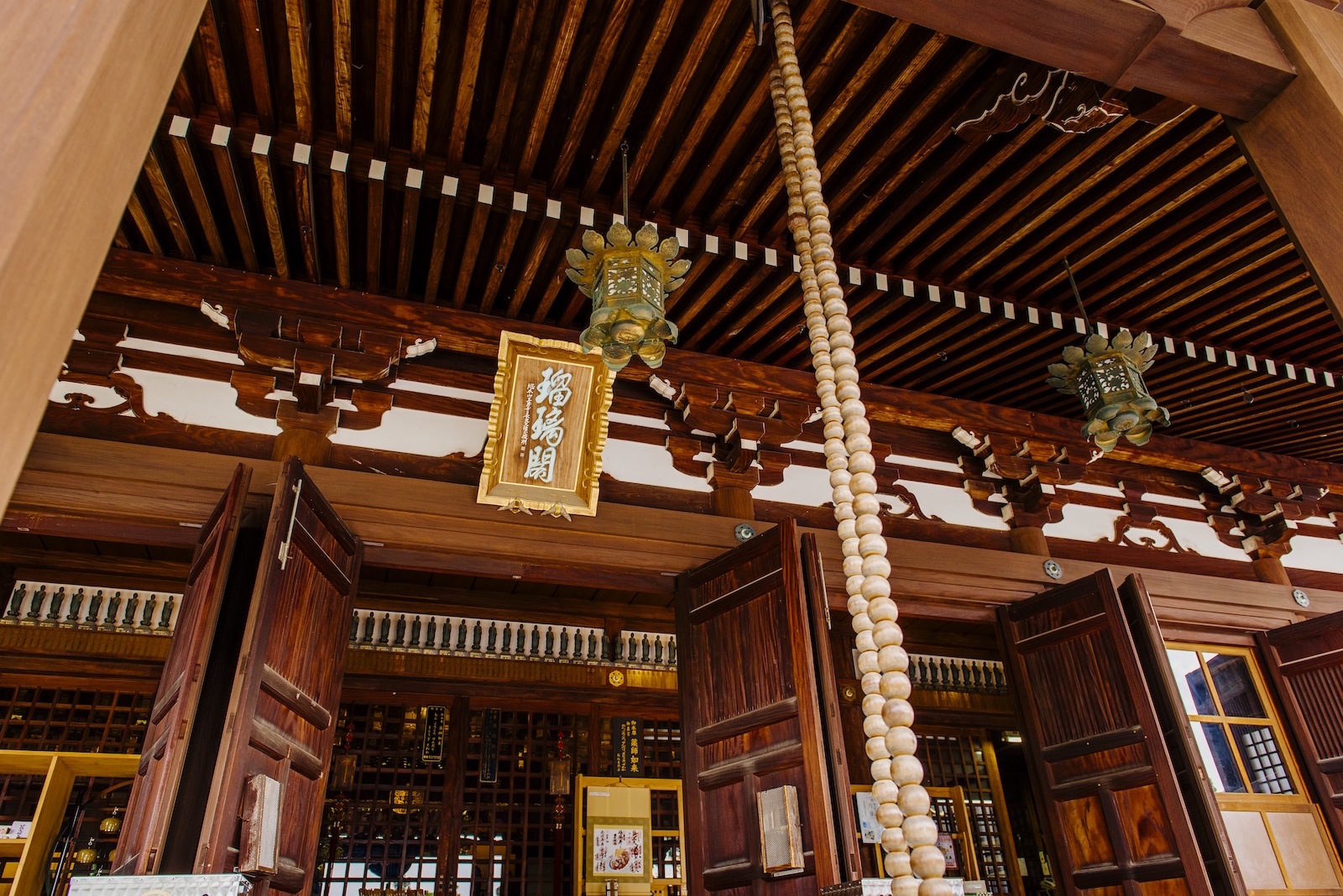 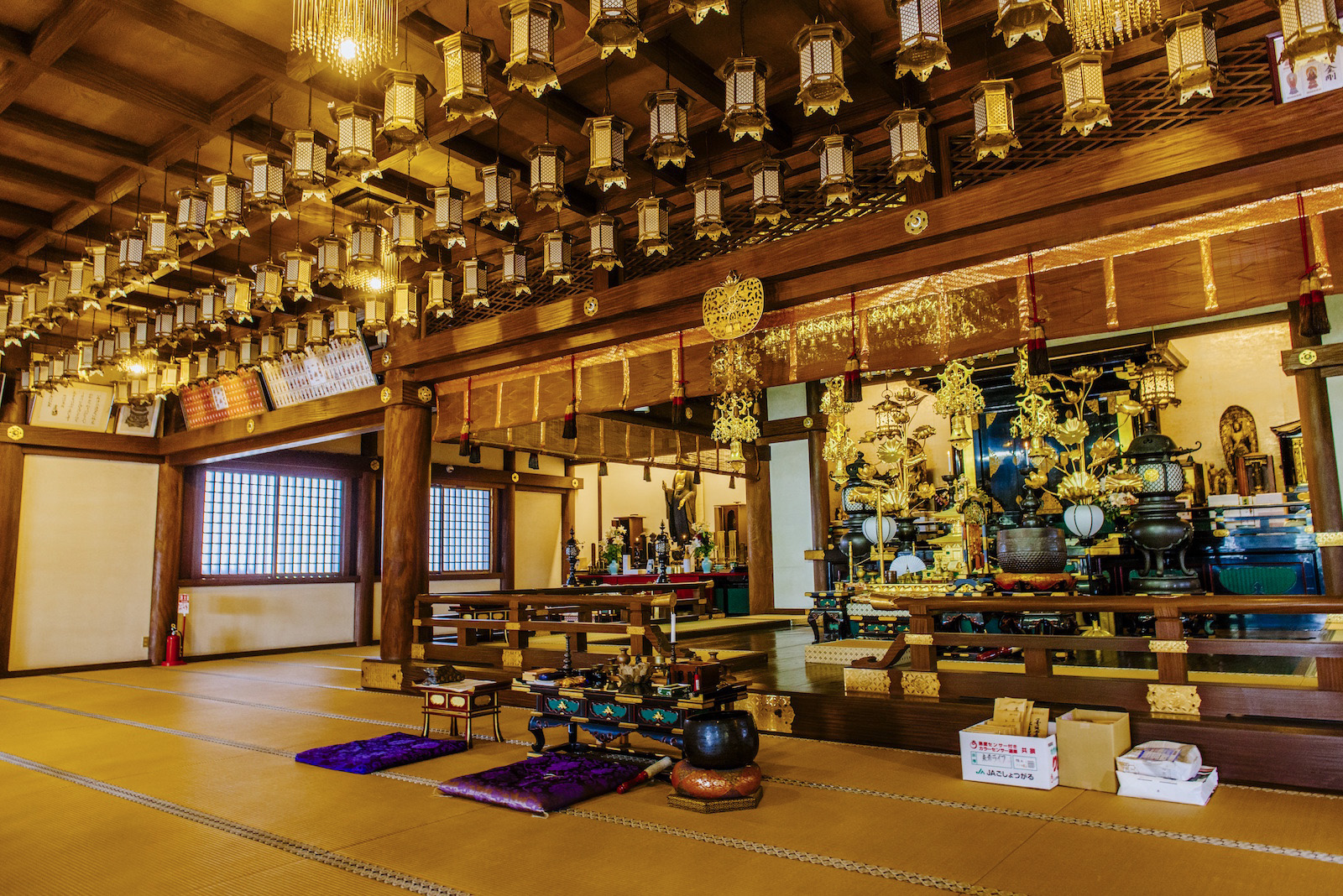 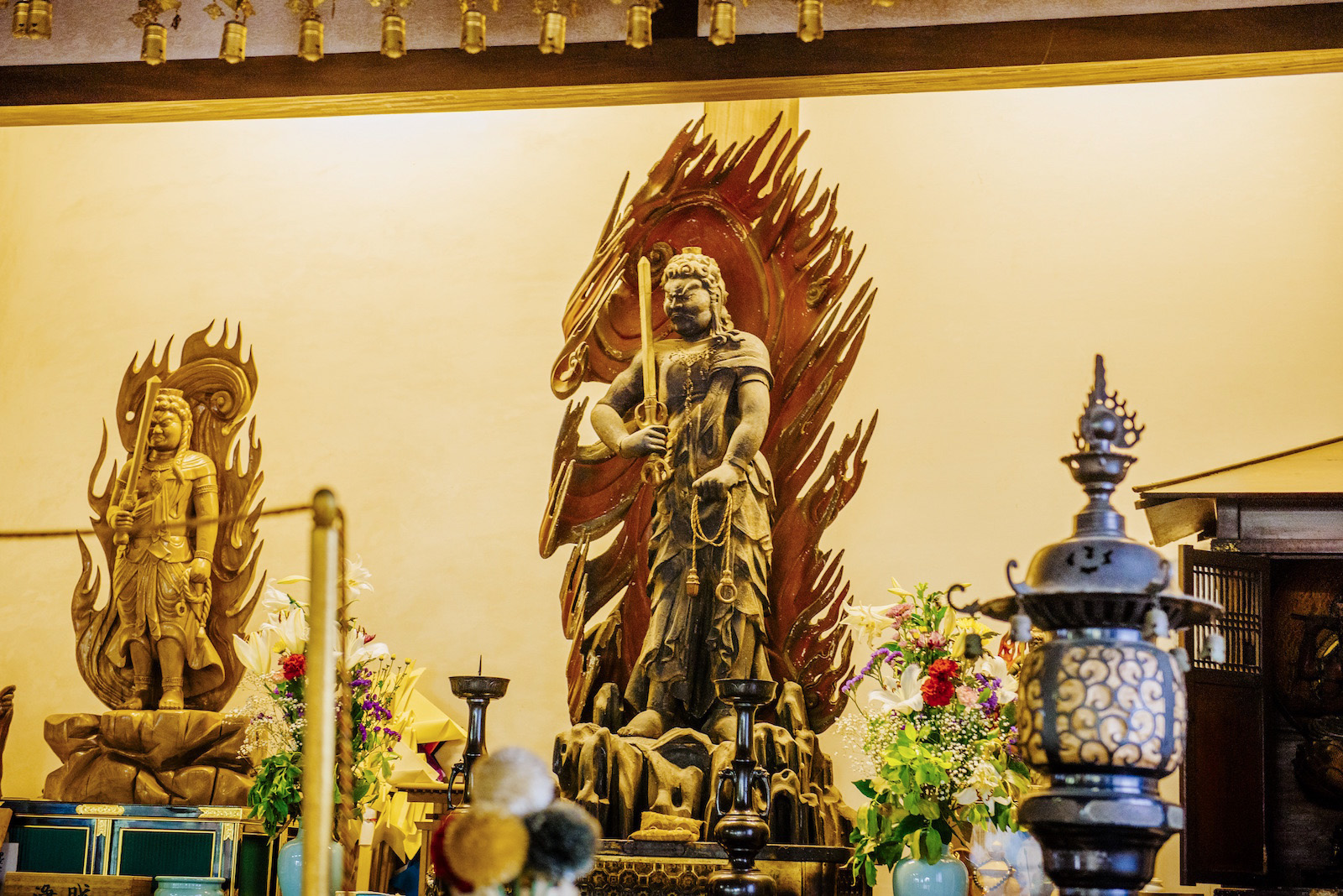 This is the main hall of Konzou-ji Temple. The existing building is modelled on Koto-sanzan Saimyo-ji Temple in Shiga prefecture, and was completed in November 1983. The Honzon (principal object of worship at a temple) is a statue of the Bhaisajyaguru (Buddha able to cure all ills). It is said that Chisho Daishi made the statue, which is rarely shown, only on the first three days of the year. On the right-hand side of the hall, there is a fire alter with a statue of Fudo Myo-o which is said to have been made by Chisho Daishi, as its Honzon. On the 1st and 3rd of January, New Year’s first Homa (holy fire prayer) every year, and every 28th of the month, Homa fair take place. On the left-hand side of the hall, a statue of Amitabha Tathagata, which is said to have been made by Jikaku Daishi, is enshrined. It was originally the Honzon of Jogyo Zanmaido Hall; however, it is currently enshrined as the Honzon for memorial services such as for ancestors.