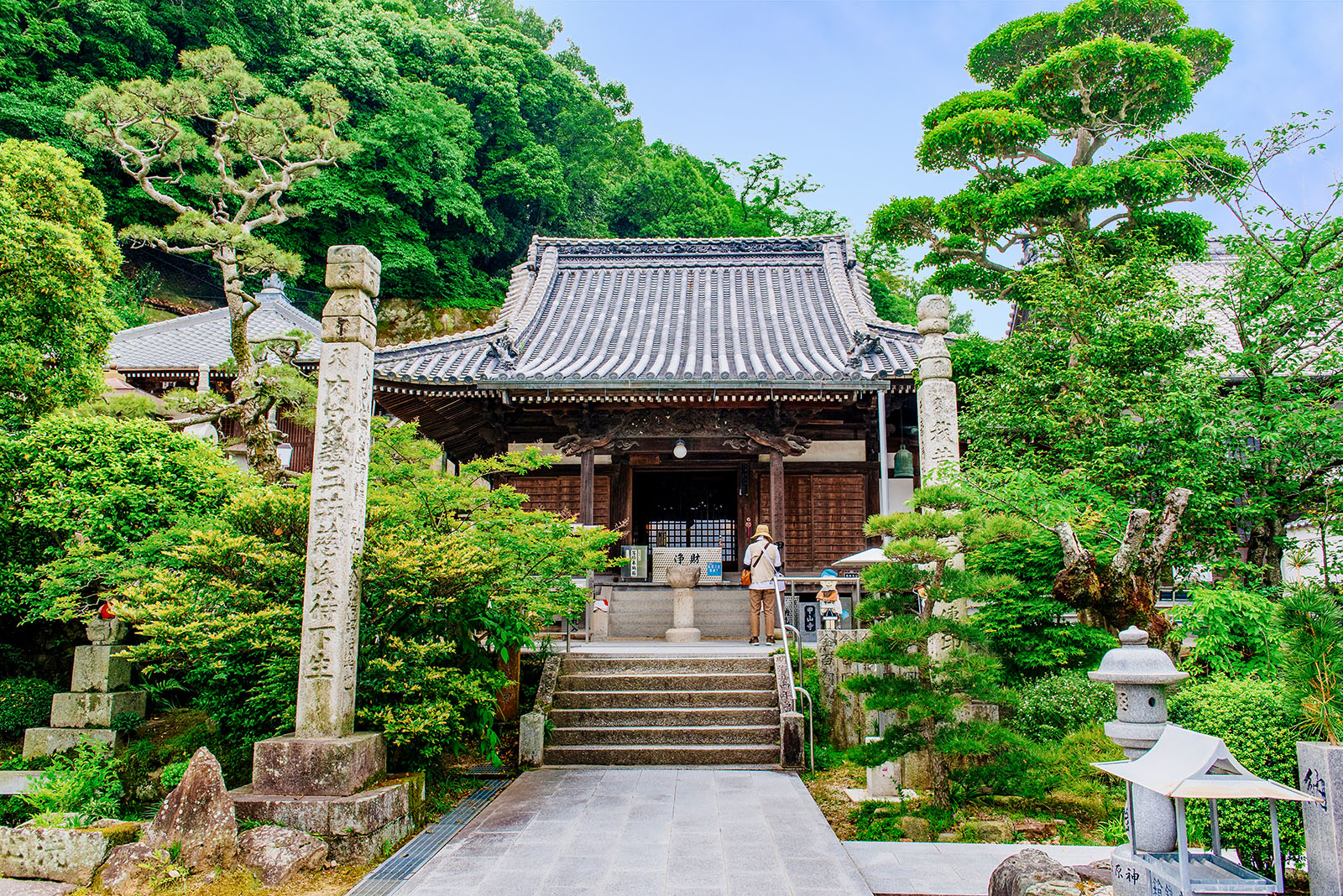 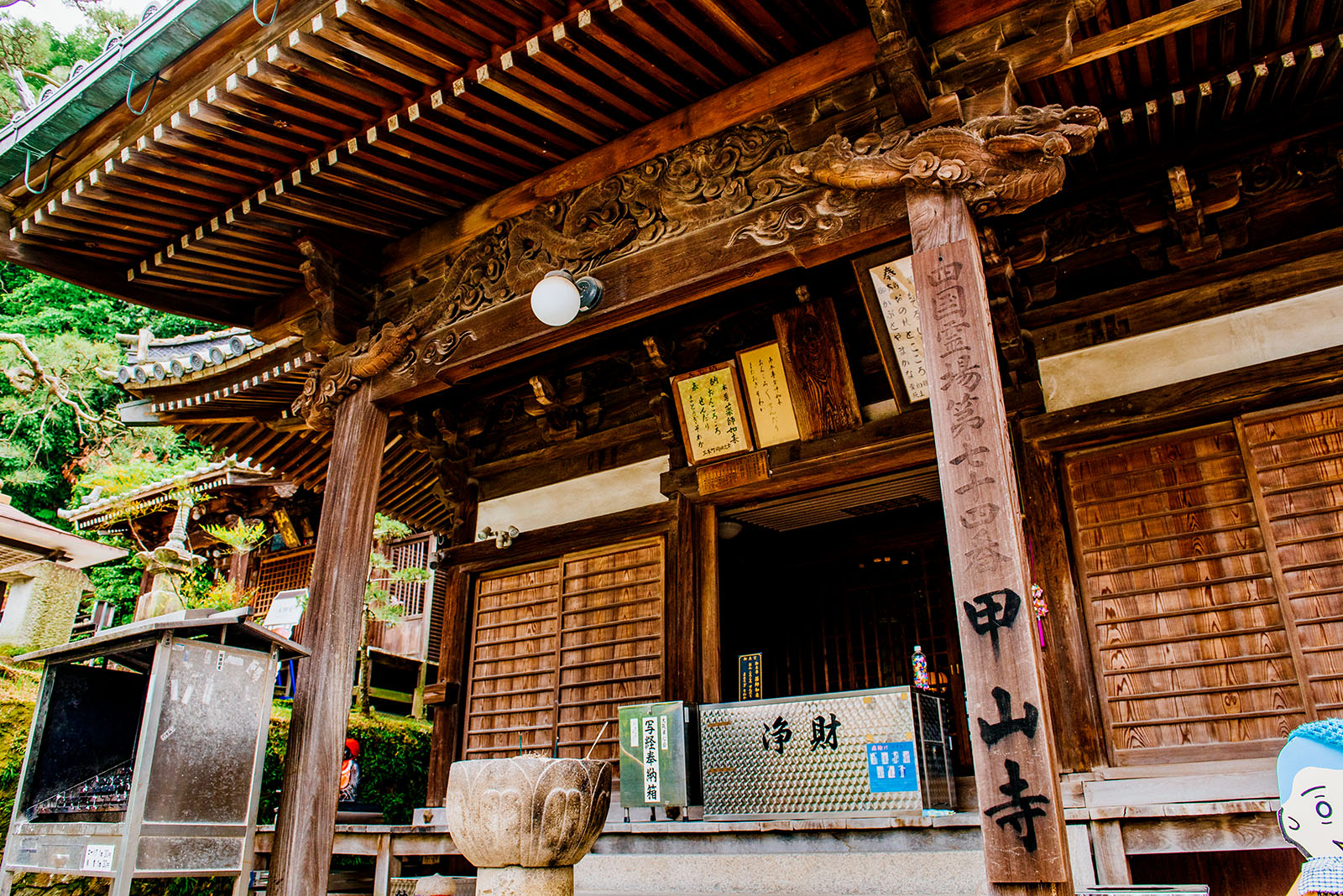 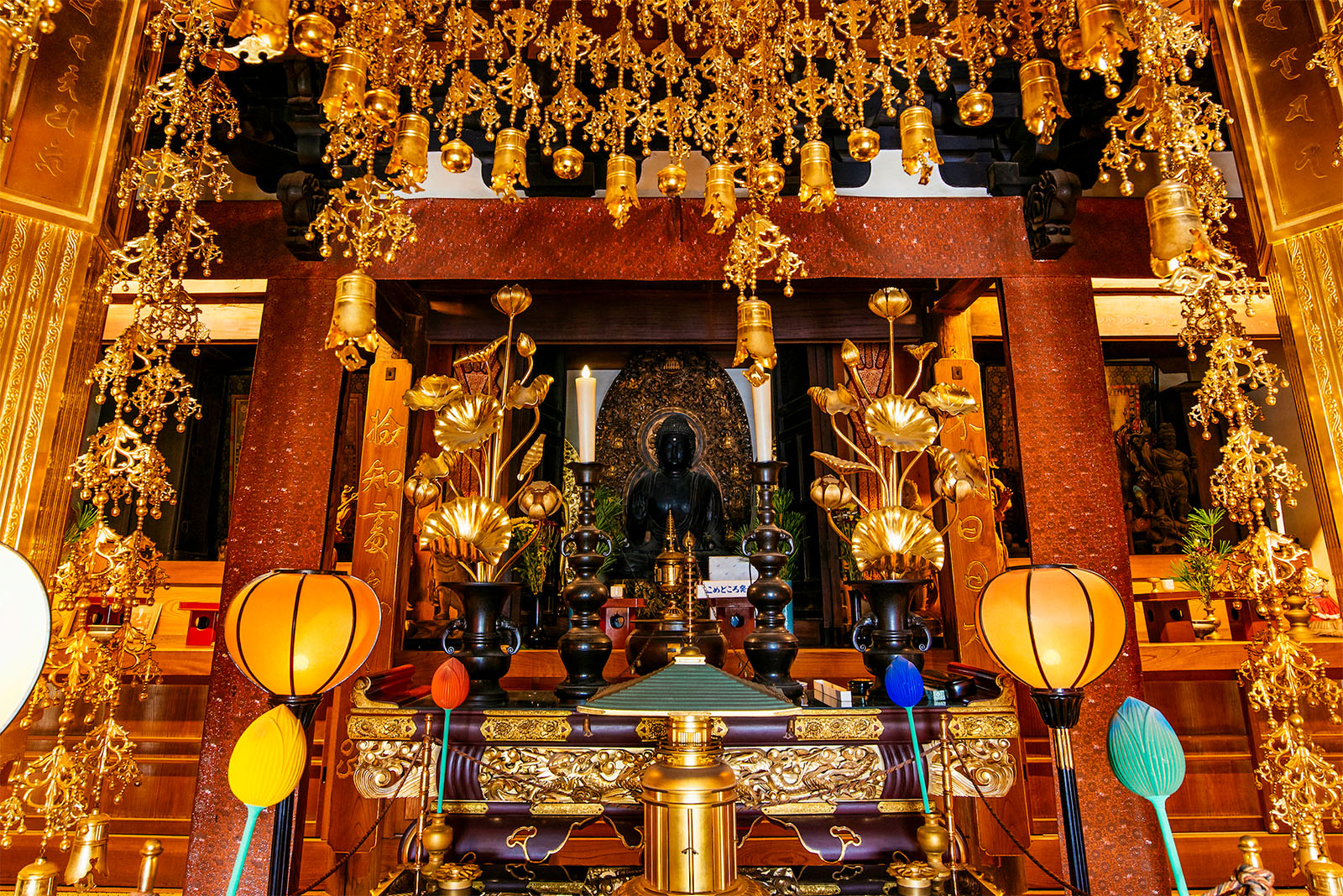 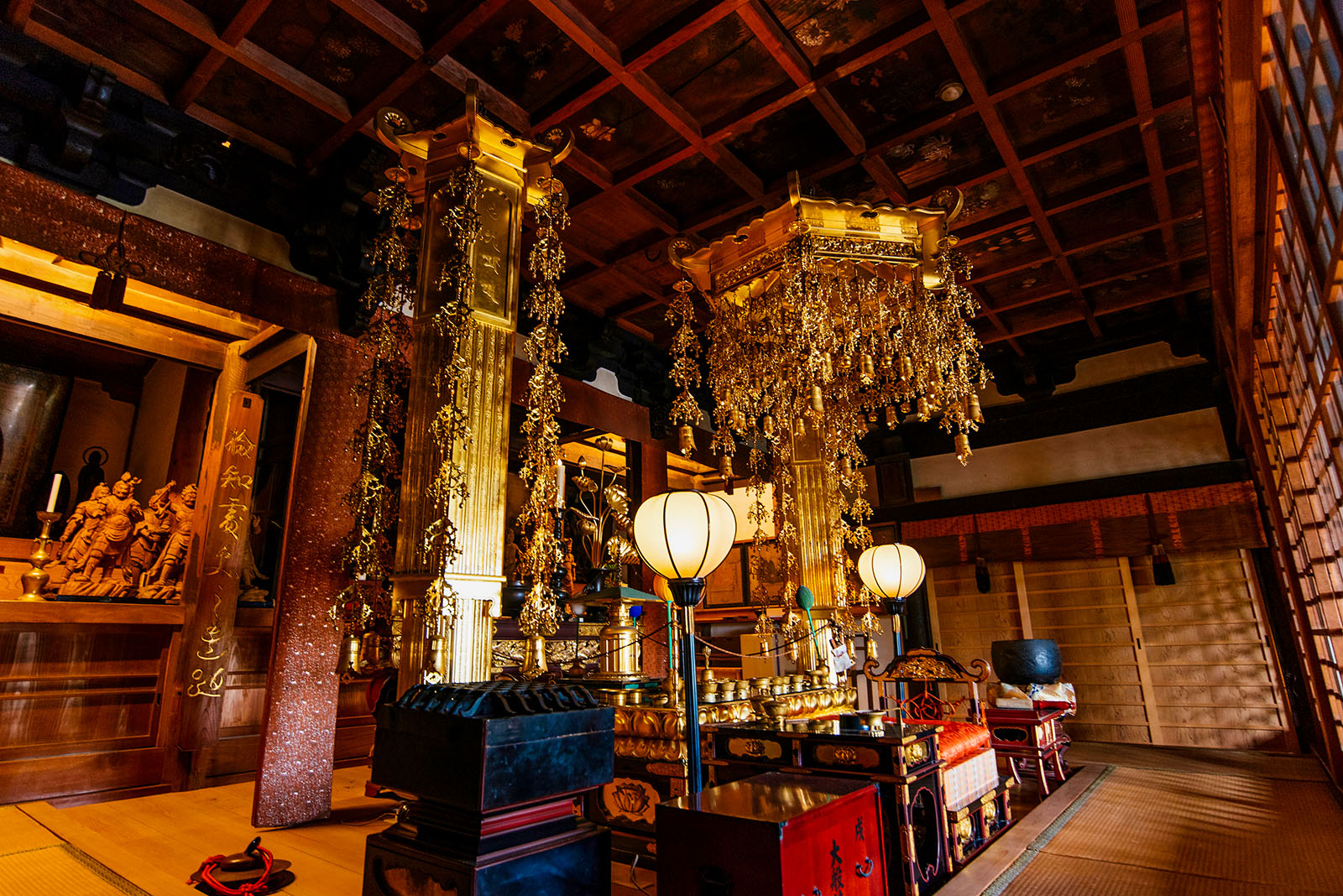 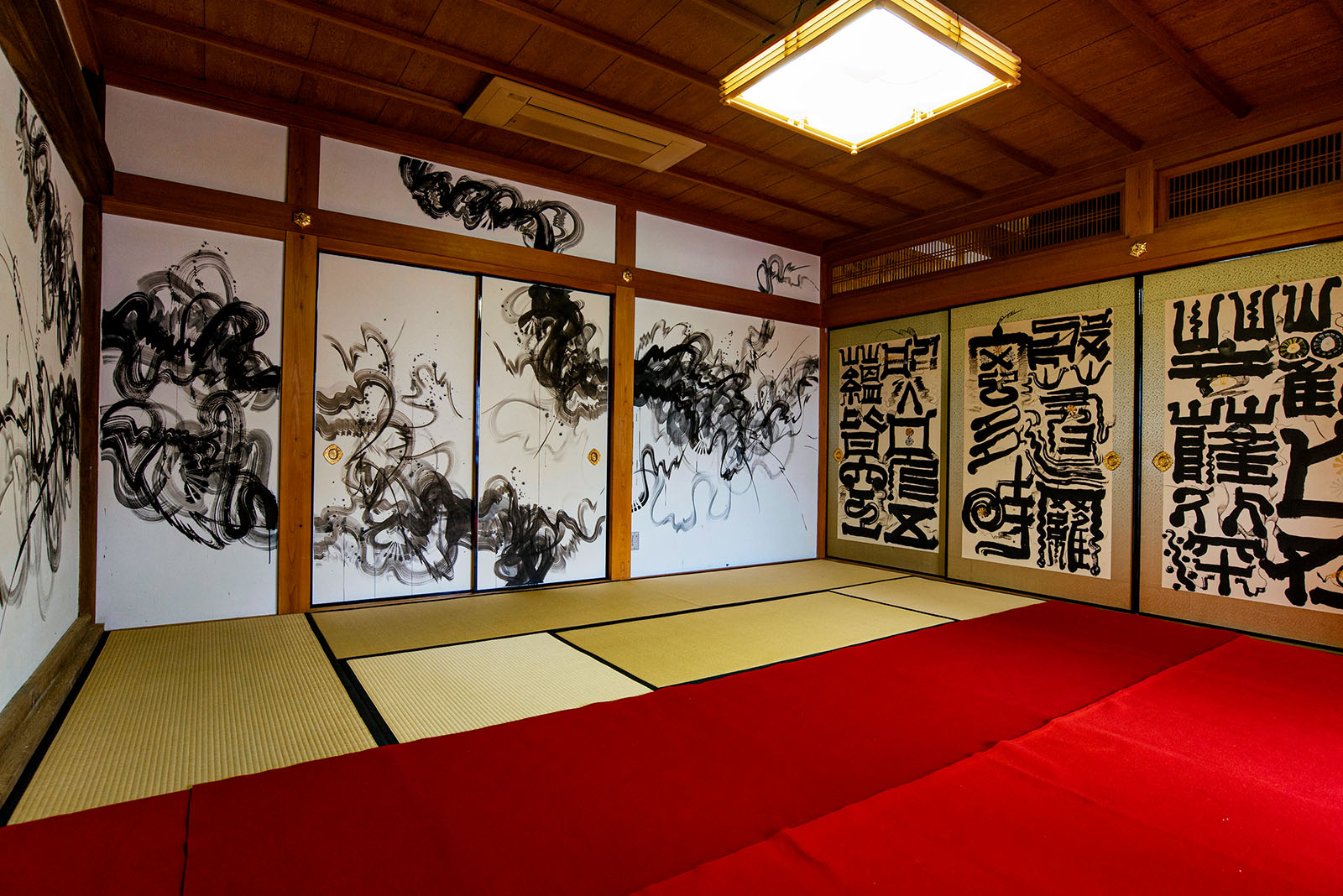 This is the Main Hall. This edifice is used to store a seated statue of Bhaisajyaguru, which is the Honzon of Koyama-ji Temple, and its framework was completed in 1727. The seated statue of Bhaisajyaguru stands at a height of 96 cm, and the venerable image consists of a head and torso portion made using an "ichiboku-zukuri" (construction using a single block of wood) technique using a single block of wooden material, and it was built around the 10th Century or 11th Century during the Heian period. The interior of the hall also houses such statues as a standing statue of Ksitigarbha that was similarly built during the Heian period in the 12th Century, as well as a seated statue of Vairocana assuming a "chiken-in" hand gesture, which is thought to have been built during the Muromachi period. Additionally, regarding the sliding doors in the five rooms in the Kyakuden next to the Main Hall, the modern calligraphist Kohei Okamoto has dedicated them by adorning them with large calligraphy works, such as "Hihaku Unryuzu" and the "Hannya Shingyo Mandala."