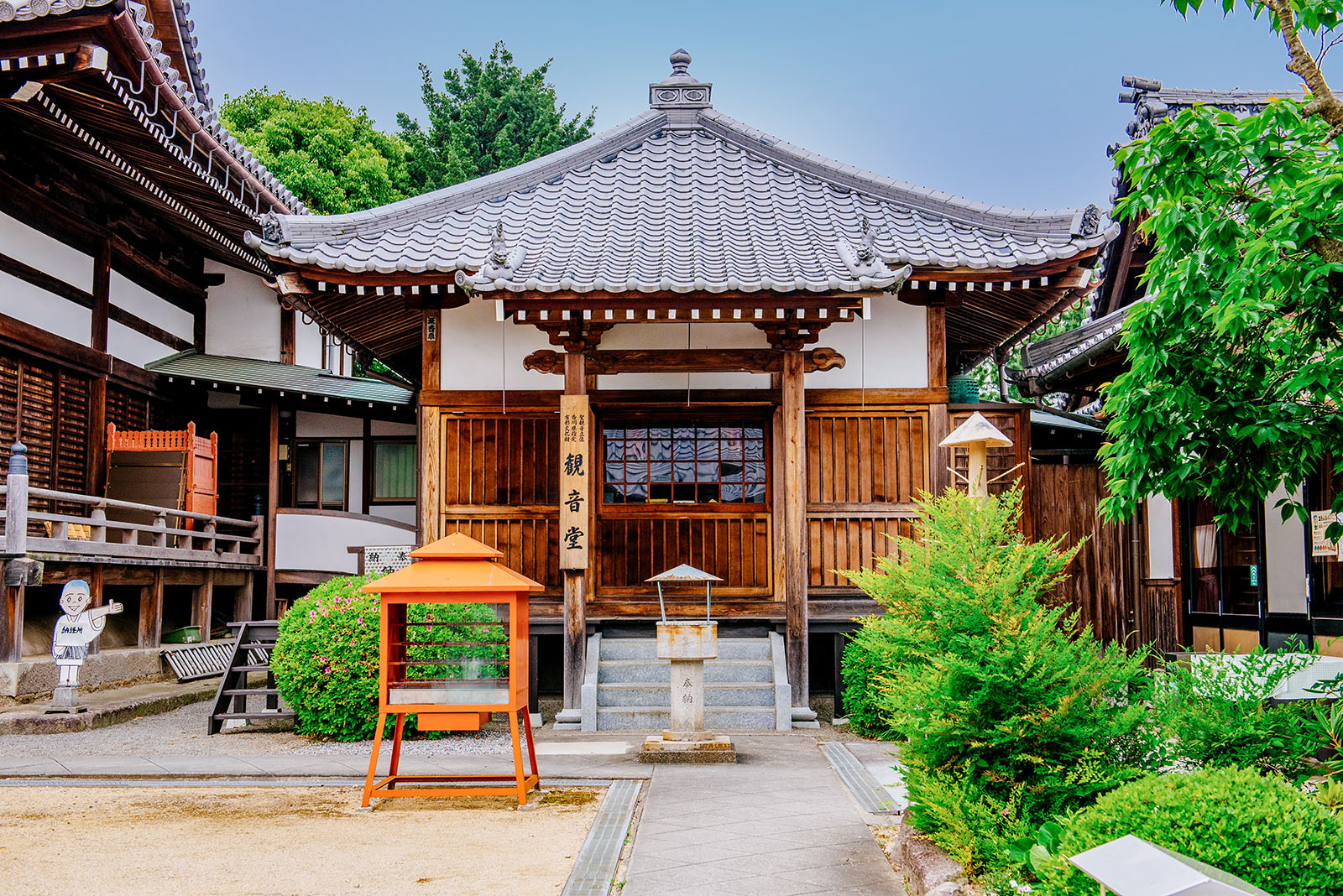 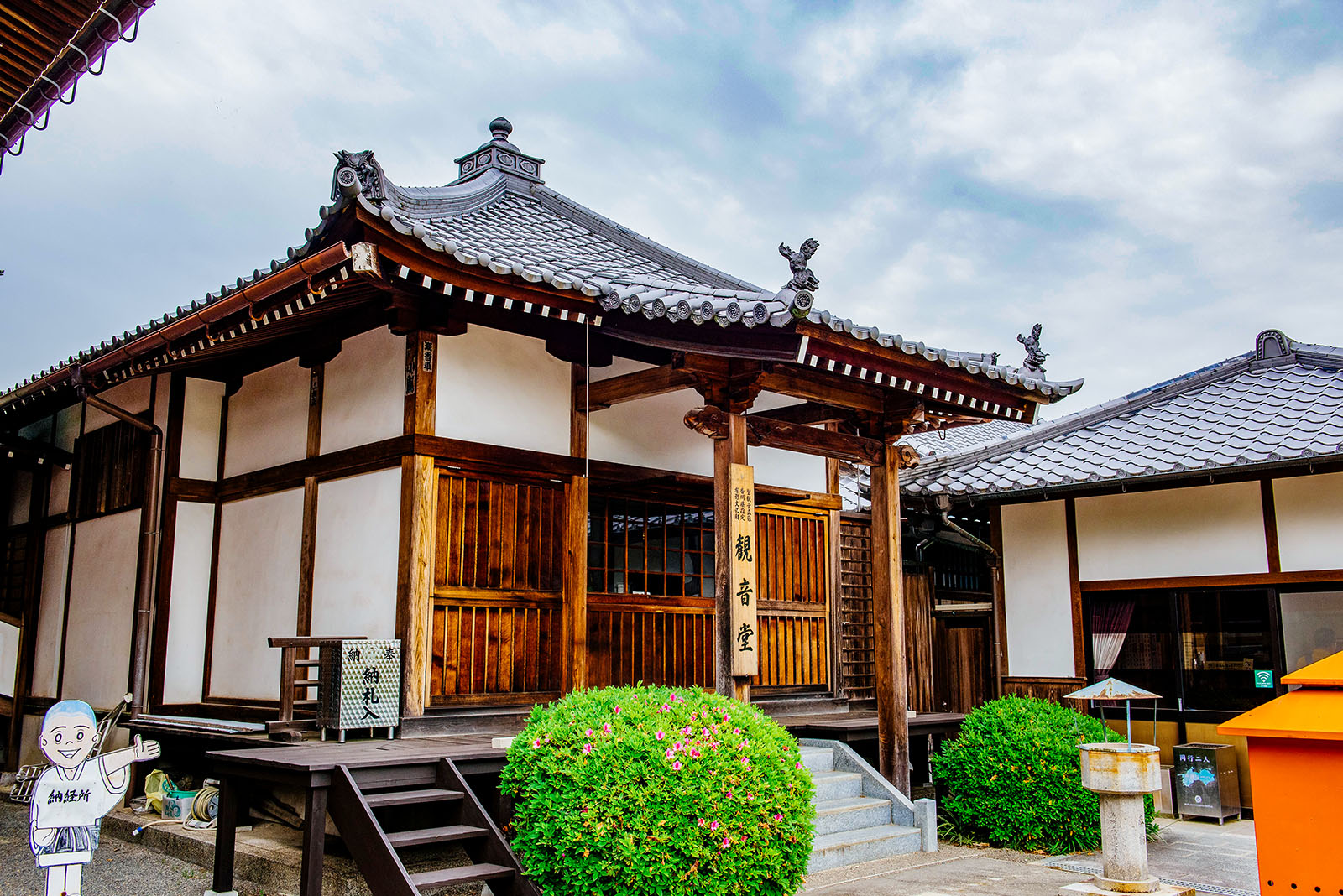 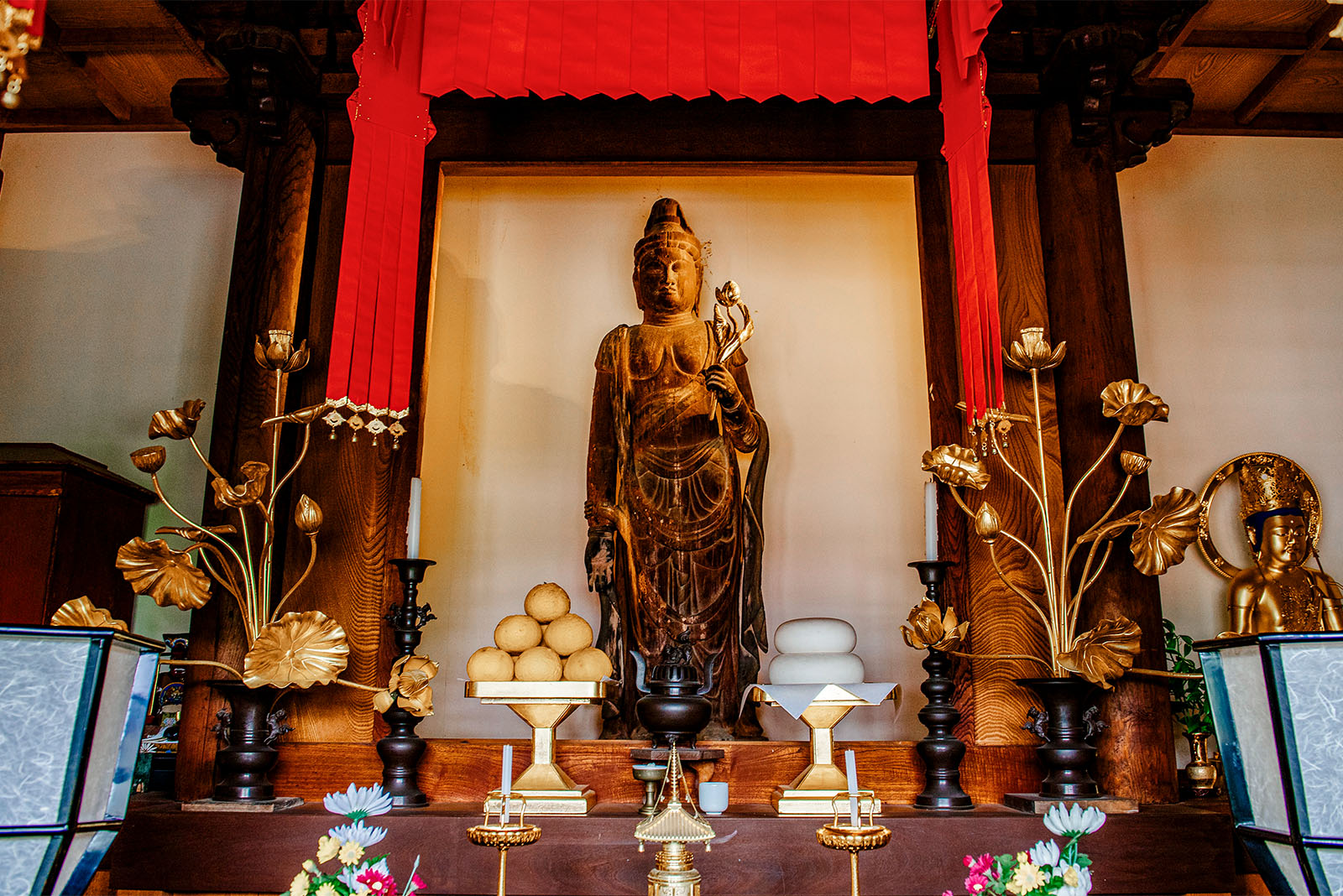 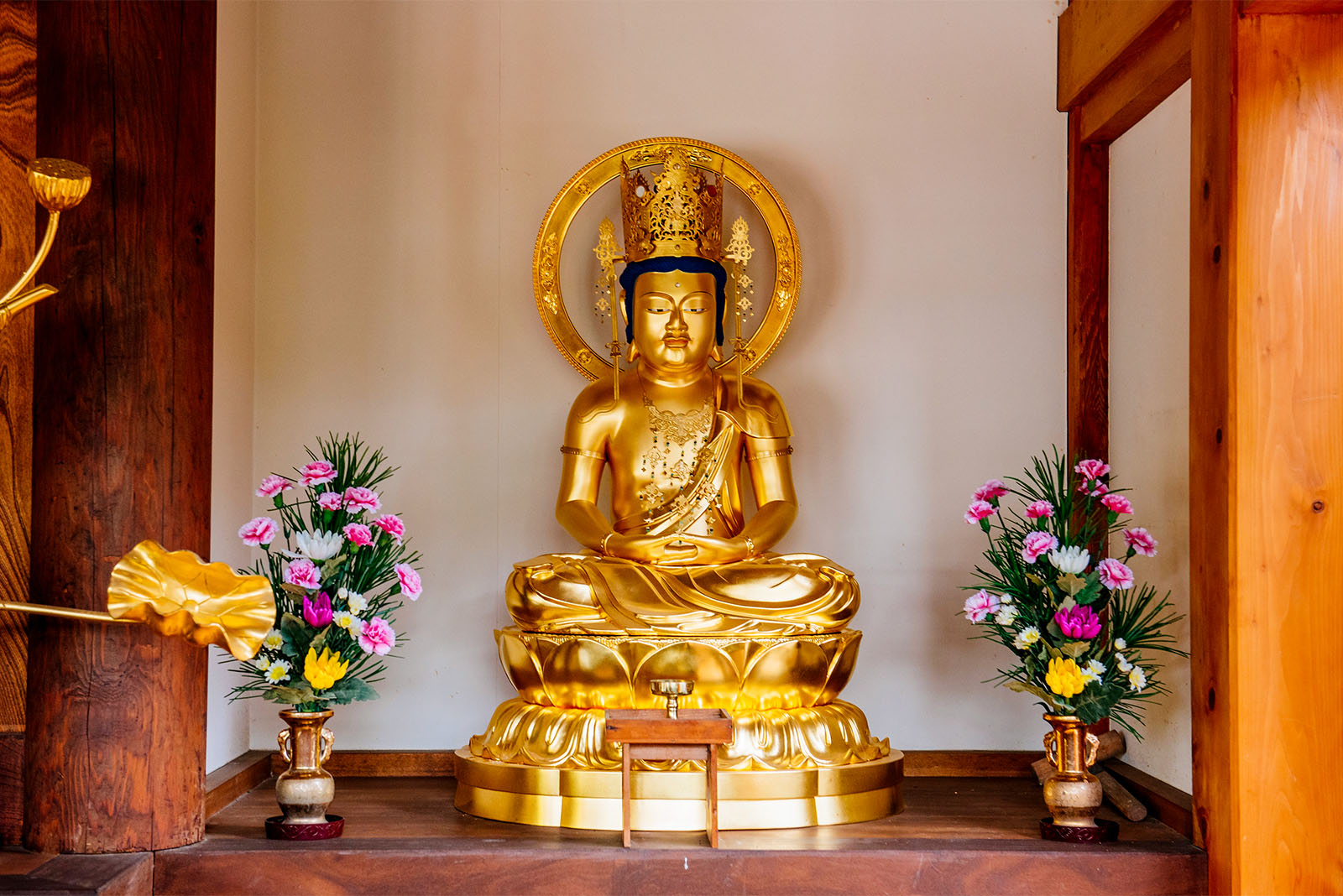 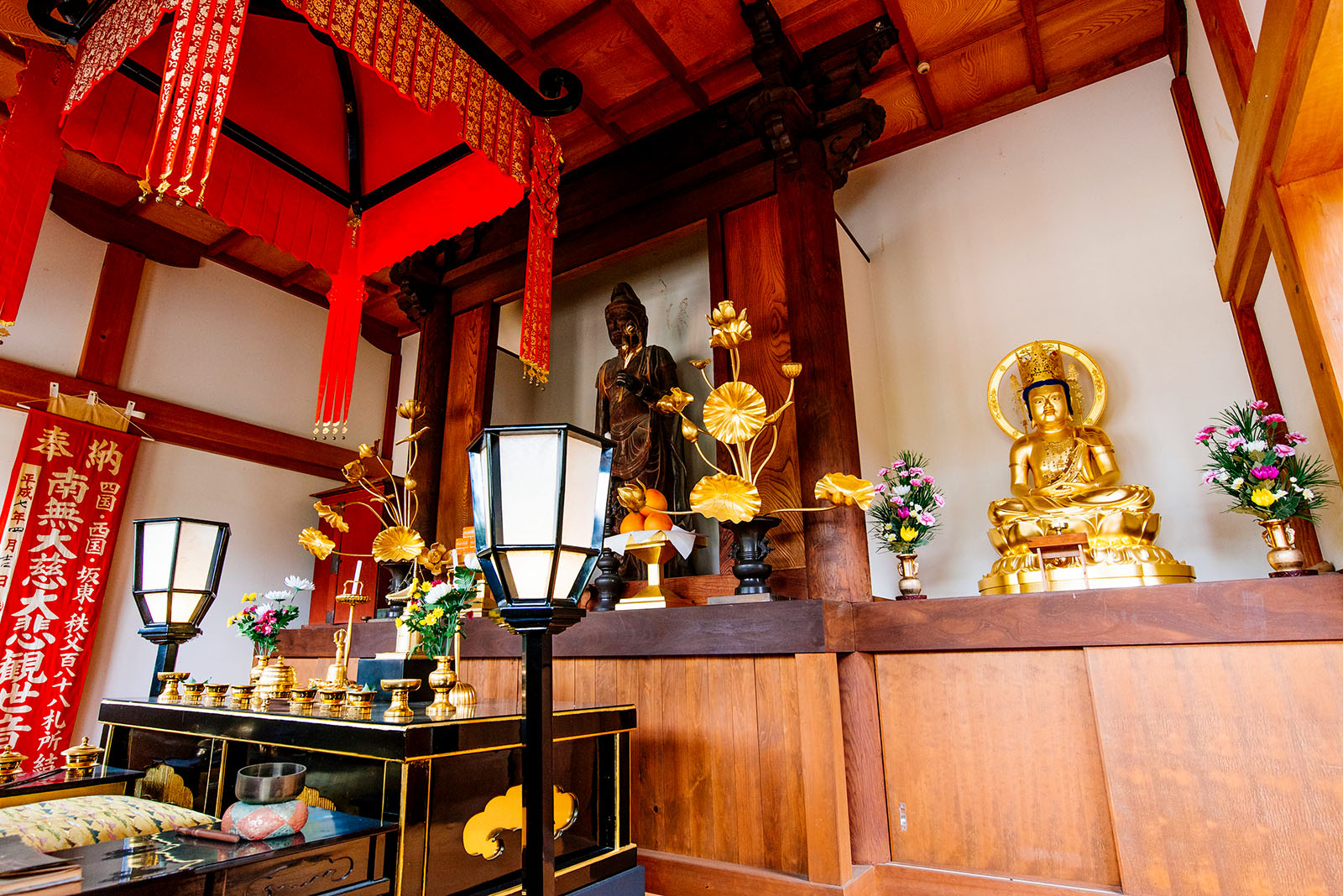 This is the Kannondo (Avalokitesvara Hall). This edifice is used to store a standing statue of Avalokitesvara Bodhisattva, which is a designated cultural property of Kagawa Prefecture, and it was constructed in 1987. With that said, however, for the pillars, etc., used in the vicinity of the Buddhist altar located in the center of the hall, old materials that date back to before the hall's construction remain. These old materials date back to the Edo period, and there is a possibility that the original building was thus the oldest structure of Mandara-ji Temple. The standing statue of Avalokitesvara Bodhisattva that is stored atop the altar in the center of the hall has been constructed from a single wooden material made of coniferous tree wood, and based on its massive body and expressions, etc., it is thought that it was built during the latter half of the 10th Century. Additionally, it is also stored together within this hall with a statue of Garbhadhatu Vairocana, which was built in 1703 by Kunai Hokkyo, and a statue of Buddhist priest Saigyo, which was built in 1782 by Tanaka Mondo.