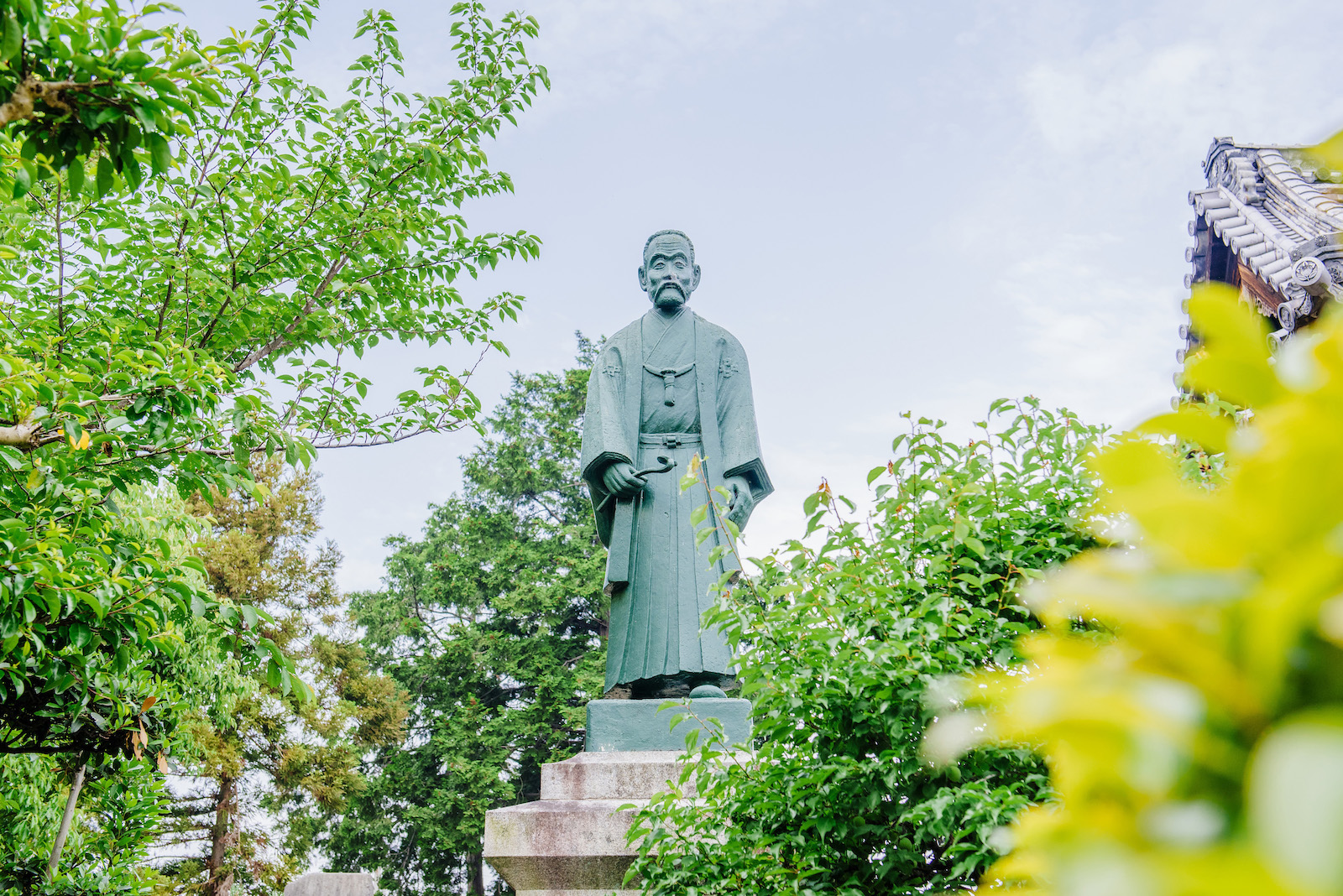 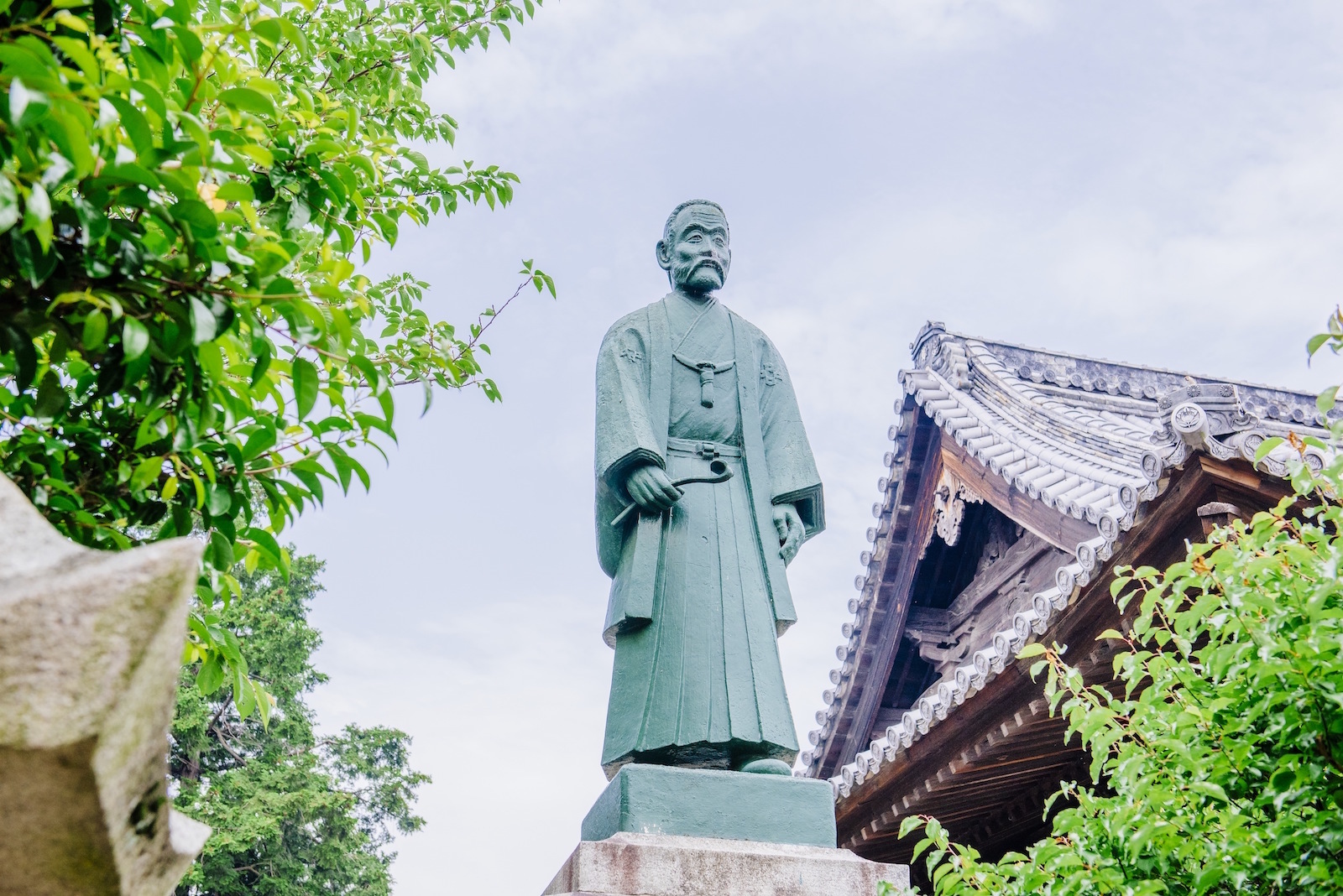 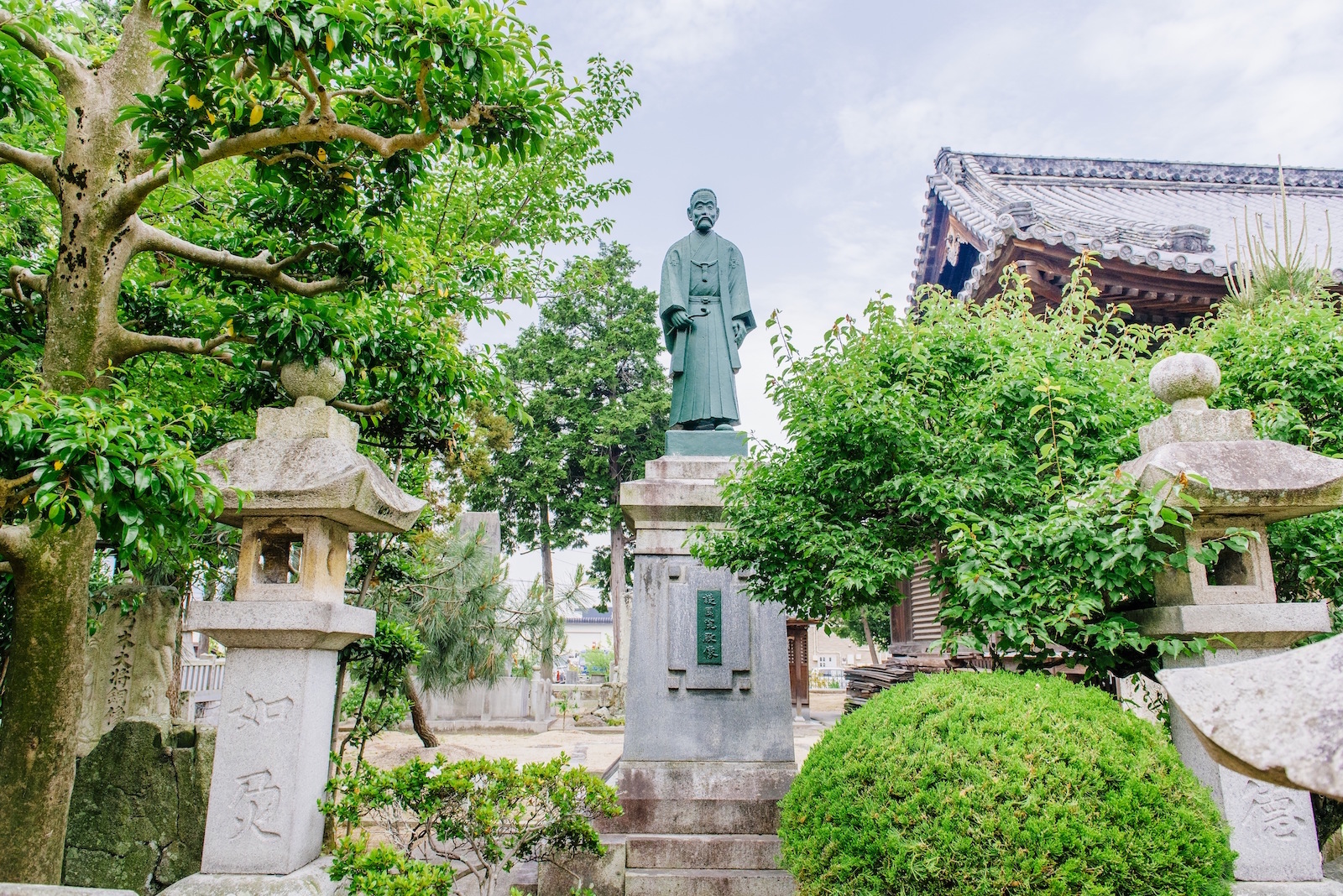 This is the statue of General Nogi Maresuke. After his great work during the Russo-Japanese War, Nogi Maresuke was assigned the head of the Peers’ School (Gakushuin) as the mentor of the future Emperor Showa. The link between General Nogi and Konzou-ji Temple derives from the fact that he stayed in Konzou-ji as his lodging when he took up his new post as the first commander of the 11th Infantry Brigade. It is said that he was always in his military uniform; however, he is in kimono in his statue in Konzou-ji Temple. It is because people, who honored General Nogi and planned to cast the statue shortly after the Second World War, thought the statue in his military uniform would not be permitted by the General Headquarters, as the uniform is associated with militarism.